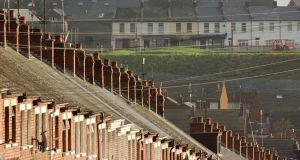 Data published by the Department of Housing shows that of the 25,814 dwellings that were inspected in 2018, a total of 20,414 were substandard.

More than 80 per cent of private rental accommodation that was inspected last year failed to meet the minimum standards required by law, new figures show.

The minimum standards for rental accommodation are outlined in the Housing (Standards for Rented Houses) Regulations 2017, which came into effect on July 1st of that year. The standards relate to structural condition, provision of sanitary facilities, as well as facilities for food preparation, storage and laundry, availability of adequate heating, lighting and ventilation, safety of oil, electricity and gas installations, fire safety and refuse facilities.

Data published by the Department of Housing shows that of the 25,814 dwellings that were inspected in 2018, a total of 20,414 were substandard, representing 81 per cent of premises inspected.

Limerick City and County Council had the highest fail rate with all of the properties inspected failing to meet required levels of compliance.

Cavan County Council had the lowest fail rate at 29.5 per cent.

Landlords whose properties fail to meet standards are issued with an improvement letter, a prohibition notice or served with legal action, depending on the level of non-compliance.

A total of 7,104 dwellings were served with notices for improvements to be carried out last year. Legal action was also initiated in 61 cases, 30 of which were in Clare, 28 in Dublin city and one in each of Louth, south Dublin and Galway city.

Inspections on rental properties can be either proactive or reactive, which are inspections that occur in response to complaints.

“When a property is found to be non-compliant it indicates that some aspect of the property does not comply with the regulations which may range from a broken kitchen press to a non-functioning fire detection and alarm system. Subsequent to an inspection the officer will take appropriate enforcement action with the landlord as required,” a spokeswoman for Dublin City Council said.

“It is important to note that where a property is considered to be non-compliant it does not mean that it is uninhabitable. It means that some remedial works are required,” the spokeswoman added.

Threshold, a housing charity, said complaints about substandard dwellings was one of the biggest issues it dealt with.

“Many of our clients throughout the country are living in properties lacking in necessities such as heating or hot and cold running water, or are plagued with damp and mould,” said John-Mark McCafferty, chief executive of the charity.

“Furthermore, when there are issues with properties that constitute a breach of standards this has a negative impact on tenants – damp, poor ventilation and lack of heating contribute to ill health; portable heaters, overloaded sockets, broken windows increase the safety risks.

“In all probability our figures are just the tip of the iceberg as many tenants don’t report matters as they are afraid it will put their tenancy at risk.”

The Department of Housing said that more than €2 million was paid to local authorities to “assist them in carrying out activities related to enforcement of the minimum standards regulations”.

“All landlords have a legal obligation to ensure that their rented properties comply with these regulations, and responsibility for the enforcement of the regulations rests with the relevant local authority,” said a spokeswoman for the department.