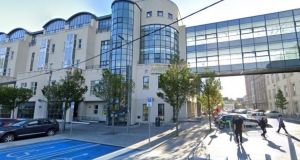 Deputy Thomas Gould said he learned only one ICU bed was added in the Mercy University Hospital, Cork.

Sinn Féin has strongly criticised the Government, saying it has added only two intensive care beds to hospitals in Cork throughout the summer despite knowing there was a real risk of a second wave of Covid-19.

“What capacity building was done during the summer months? We now know that there are no available ICU Beds in Cork and that a Covid-19 ward in CUH has had to close because of an outbreak,” said Mr Gould.

Mr Gould said it was “disgraceful” that the Government had months to build capacity, develop contingency plans and properly support the healthcare system in Cork but had failed to do so.

“We entered into this pandemic in an extremely precarious situation given the decade of failure to fund the health service. We’re now in a situation where the Government did not take the necessary actions and people will suffer.”

He said the government needs to “step in immediately and resolve this extremely dangerous situation in Cork”. Mr Gould added that the 14-day incidence of the disease in Cork from September 30th to October 13th was now 209.4 per 100,000.

However the HSE insisted that it had sufficient surge capacity in Cork hospitals and others in the South/South West hospital group to cater for the current increase in Covid-19 cases in the region.

“To date none of the acute hospitals within the group have needed to implement their surge protocols. It should also be noted that ICU utilisation changes on a daily basis,” said the HSE in its statement.