‘The restrictions should be the same on both sides,’ says Ballyconnell local 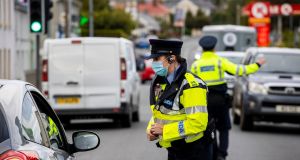 Anne Nolan reckons it never made any sense to have different Covid-19 restrictions north and south of the Border because in Ballyconnell, Co Cavan where she lives, people often wander between the jurisdictions several times a day without even thinking about it.

Frequently people within the same family work on different sides of the Border, even though their workplaces might be only a mile or two apart, she explained.

“A lot of factories straddle the Border so one person could actually work in both jurisdictions,” agreed Ballyconnell native Tony Connolly, who pointed out that half the townlands in the local parish of Tomregan were originally in Co Fermanagh. “And for shopping, people along the Border here go wherever there is value. They either go up or go down, wherever the best price is,” he added.

Quinn Industrial Holdings, which was recently rebranded as Mannok, and pizza manufacturers Crust & Crumb, the two biggest employers in the area, have factories in both jurisdictions.

“The restrictions should be the same on both sides because there is absolutely no point in having one member of a family living by one set of rules while someone else in the house is under a different regime,” said Nolan.

Local parish priest Fr Oliver O’Reilly agreed the notion of the Border is so fluid for local residents that this week’s decision to bring Cavan, Monaghan and Donegal up to Level 4 of the Government’s Living with Covid plan was “inevitable” , as stricter rules were announced in Northern Ireland.

“I think we should be generous and be reciprocal now that stricter rules apply there,” said the parish priest. He said “cross-Border marriages” in the locality sometimes meant that parents sent children to their former school, another factor in the day-to-day criss-crossing of the Border.

Terence Reynolds, principal of Ballyconnell national school, has staff members living in Northern Ireland, but is adamant that proximity to the Border is not the main factor in the surge in cases in Co Cavan. “Because if it was we would see it in Ballyconnell but, in fact, there are only a few isolated case here,” he said.

He is still happy that the restrictions are being tightened in the county. “I feel that the school will be safer with Level 4 and actually if it was Level 5, safer again.

“I am not advocating a lockdown but on a personal level I feel the school would be a safer place with reduced activity in the community.”

Cavan is a county which is passionate about GAA football and Reynolds, who thinks it would be”catastrophic for societal wellbeing” if schools were closed, is reluctant to criticise the GAA. But he does allow that recent “sport-related celebrations” had been a factor in the spiralling figures in the county generally.

It’s a point widely made following the recent senior and intermediate county finals, with many objecting to the scale of the celebrations. But a senior Cavan county board official has warned that “finger-pointing” could be dangerous.

Susan Brady, public relations officer of the county board, has Covid-19 herself and said the worst part has been agonising about whether she might have unknowingly passed the virus onto somebody else, especially someone vulnerable.

“I know mine is work-related,” said the GAA official who did not attend any of the recent post-match celebrations.

“The last thing we need is mental health fallout if finger-pointing is directed at certain people,” she said. “Getting together to celebrate was not the right thing to do in hindsight but some of these young people are the ones who have had nothing since March – no Leaving Cert, no graduation, no college life. I am worried that the finger-pointing that’s going on will cause more desolation than is already out there.”

Ms Brady said she personally had done everything possible to avoid getting Covid-19, with screens and other protective measures at work, but she still contracted it.

“Nobody sets out to get this virus... It is rampant in many counties and it is rampant in Northern Ireland.” Pointing out that the GAA had been widely praised for its role in helping communities throughout lockdown, she added: “That seems to be forgotten now.”