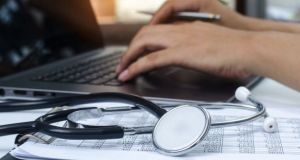 Updated legislation which was signed into law this week means foreign doctors with internships previously not recognised by the Irish Medical Council will now be able to apply for trainee specialist schemes.

The Regulated Professions (Health and Social Care) amendment Bill 2019 was signed into law by president Michael D Higgins on Wednesday after completing its passage through the Oireachtas last week. The bill includes amendments to the Medical Practitioners Act which means professional medical qualifications acquired abroad will now be recognised when doctors apply for further training.

Before the legislative change, the Irish Medical Council only recognised non-EU internships from Australia, Malaysia, New Zealand, Pakistan, Sudan, South Africa, the UK and Malta. Non-EEA doctors who had trained in other countries and worked in Irish hospitals were not eligible for trainee schemes to become consultants or general practitioners.

While news of the amendment will be warmly welcomed by non-European doctors around the country, many fear they will continue to struggle to make it into trainee schemes. Specialist medical training programmes are currently allocated with first preference going to Irish citizens followed by EU nationals. If any places are left, they’re offered to eligible candidates from outside the EU.

In an article published in the Irish Times last weekend, a number of Pakistani doctors, who were already eligible to apply for training schemes, warned that entry into the programmes remains extremely difficult given the preference system that exists.

Dr Ehtasham Yousaf, a paediatric registrar who has been working in Ireland since 2015 and is now based at St Luke’s Hospital in Kilkenny, told this paper he had been “continuously discouraged” from applying for specialist training and claims alternate career progression pathways which previously existed for those unable to secure a place on these courses have been blocked off.

“My target is to be a consultant, I don’t want to be a registrar for another 10 years,” said Dr Yousaf. “But nobody facilitates or guides us in our training. You can’t get on to the BST (Basic Specialist Training) or HST (High Specialist Training) because of the preference system.”

Some 6,318 doctors working in Irish hospitals trained abroad, more than a third of the total number of doctors in this country, according to data from the Irish Medical Council. Of these, 1,380 are Pakistani, 714 are Sudanese, 650 are from the UK, 517 are Romanian, 336 are South African, 277 are Egyptian and 197 are Polish. There are a total of 17,925 “clinically active” doctors in Ireland.