Cork publican opts to remain closed for another two weeks 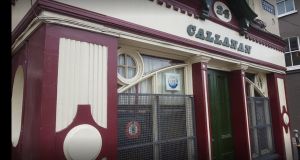 Callanans is a small cosy snug pub with a regular clientele and over the years has become very popular with Cork’s growing cosmopolitan population. Photograph: iStock

When Cork publican, Rob Crowley tweeted that he had decided against re-opening his family pub Callanans, for at least two weeks, he hardly expected the response he got from his regular customers. He received overwhelming support and wishing him well for whenever he does open.

“When I tweeted that we wouldn’t open for at least another two weeks, I never expected to get such a response - if all the people who liked the tweet drop in when we do re-open, I’d be delighted, people were just so supportive, saying they would back us whatever we decided.”

A third generation publican after his mother, Colette and his grandparents, Robert and Eileen Callanan, who opened the bar in the 1930s, Mr Crowley is adopting a wait and see type approach to how pub re-openings work even though he is the first to admit that every pub is different.

“Just because I’m staying closed for now doesn’t mean I don’t agree with pubs opening - people have different premises and they are in different scenarios - ours is a family business and you can guess from that that we don’t have the same overheads that maybe other people have.

Located on George’s Quay overlooking the south channel of the River Lee and near Cork city centre, Callanans is a small cosy snug pub with a regular clientele and over the years has become very popular with Cork’s growing cosmopolitan population.

“We usually open about half past seven except maybe on a Friday and a Saturday when we might open around six - we have a lot of regulars including some Spanish, French and German customers so we would have a good mix of people, including those living locally in the South Parish.”

Although he won’t open for at least two weeks, Mr Crowley has been trying to figure out how re-opening might work with social distancing, reckoning that the bar, which could comfortably hold 40 seated and double that standing, will see its capacity reduced to somewhere in the low 20s.

“We have two doors - one on to George’s Quay and one on to Mary Street which is good but we’re kind of tied for space. We have a room in the back so we could fit five tables but the downside of that is, if people come in on their own, then your capacity is just five people,” he said.

“I would say low 20s would be more like it if every table is full to capacity but if a fellow comes in on his own, he’s as entitled to come in as a group of four or five and I would go for two metres social distancing rather than one metre just from the point of view of air circulation.”

“My plan when I do re-open would be is that I would try to minimize the amount of time people would be in the pub - I don’t want anyone in there for six hours - two hours or two and a half hours should be enough for most people, I would think,” he said.

Mr Crowley was never tempted to re-open doing food as he reveals what he missed most about being closed for six months was not the loss of income but rather the lack of social interaction with regulars. He is concerned about the loss of counter seats, essential to the character of the bar

“We’re not huge business people, from the prices we charge and from the numbers of people who come in, we’re not making a fortune out of it so the thing I would miss most is the social aspect as I would consider most of those who come into us as friends now rather than customers.

“Our place is a local place where people come in during the week for a chat at the counter - if you came into us on a Monday, Tuesday or Wednesday, there isn’t a sinner at a table - there might be seven or eight fellows sitting at the bar counter.

“They won’t have come in with each other but they know who will be in the bar and they will know me and they will all chat away - there are lot of bars like us when if you take way the counter space, it’s not going to be the same place - if you lose the counter seats, you are goosed.”