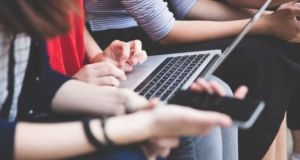 More than 60 per cent of new clients of the Cork Sexual Violence Centre last year were under the age of 29.

The Cork Sexual Violence Centre received 3,469 calls and texts to its helpline in 2019 with 37 per cent of all new clients indicating that they were third level students.

The centre accompanied 20 people to court whilst 1,714 counselling appointments were arranged. 197 people were supported through the Sexual Assault Treatment Unit process.

Founder of the centre Mary Crilly said three allegations of sexual assault or rape during freshers’ week, typically a week of events and parties for new students, in Cork city would be the norm.

“Freshers’ Week is the worst week because you have people coming in who are so vulnerable and wide eyed and excited. They go in to student accommodation.

“A typical scenario would be meeting somebody as they say ‘from the parish’ who is familiar and they are trusting. Then this guy will rape them.

“They feel they can’t go home and tell anybody. Their parents may have struggled to get them into college. This guy is strutting around because he is a predator.

“Most guys won’t do this but the ones who will will do it continuously. For the good guys out there who know that their pals are doing this they have to call it out. This behaviour has to be called out and stopped.”

She said often times students do not report rape because they blame themselves for what occurred.

“The big thing I hear a lot which I find heartbreaking when I meet a young woman who has been raped and she is in a bad way and is shocked by the whole thing and she will look at you in the eye and say ‘ I don’t want to get him in trouble’. That he has a career ahead of him.

“They still have the belief that if a girl went with a guy or was really friendly with him and he raped her, well, she blames herself. Or if they are raped on the street they blame themselves and feel they shouldn’t have been on the street.

“There has to be zero tolerance. Universities need to come out with their policies and act on it. The guys need to be called out and told this is not on.”

Earlier this summer Minister for Further and Higher Education Simon Harris said he was “stunned” to learn of high levels of sexual assault and rape at third level education. He vowed to tackle the “epidemic” of sex crime at third level.

A recent study conducted by the Union of Students in Ireland (USI) found that one-third of female students had been raped, while two-thirds had experienced sexual assault.

UCC has launched a Bystander Intervention Programme to help students around such sensitive issues.

Dr O’Sullivan, who taught the programme whilst it was being trailed, says the course helps students to be proactive in calling out sexual violence.

“It also recognises the extent to which we witness smaller forms of sexual violence. There can be a false consensus.

Because everyone is laughing at the inappropriate jokes the person who feels uncomfortable thinks that they are unusual or in the minority for feeling that something isn’t comfortable or right. It is about letting students know that their discomfort is the majority feeling.”