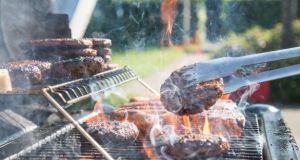 More people have been seeking alternatives to meat, partly due to the perceived health benefits, as well as concerns about the environment and animal welfare. File image: PA Wire

Vegetarian and pescetarian diets may be linked to a lower risk of coronary heart disease (CHD) than diets that include meat, a new study suggests.

However, the research, which was published in the British Medical Journal, also suggests that vegetarians and vegans may have a higher risk of stroke than meat eaters, particularly hemorrhagic stroke which occur when blood from an artery starts bleeding into the brain.

The study, led by Dr Tammy Tong from Oxford University, examined 48,188 people, who had an average age 45 years, were recruited between 1993-2001, and had no history of CHD or stroke.

After taking account of potentially influential factors, such as medical history, smoking, use of dietary supplements and physical activity, the researchers found the risk for coronary heart disease (CHD) was 13 per cent lower for pescetarians and 22 per cent lower for vegetarians.

This is equal to 10 fewer cases of CHD in vegetarians than in meat eaters per 1,000 people consuming these diets over 10 years.

The difference may be at least partly due to lower BMI and lower rates of high blood pressure, high blood cholesterol and diabetes linked to these diets, the authors said.

In contrast, vegetarians and vegans had a 20 per cent higher risk of stroke than meat eaters, equivalent to three more cases of stroke per 1000 people over 10 years, mainly due to a higher rate of hemorrhagic stroke.

Vegetarians and vegans in the study had lower circulating cholesterol and levels of several nutrients such as vitamin B12 than meat eaters, which could explain these findings, the authors suggest.

In recent years, more and more people have been turning to vegetarian and vegan diets, which is partly due to the perceived health benefits, as well as concerns about the environment and animal welfare.

Dr Stephen Burgess, from the University of Cambridge, said the study is a “reasonably high-quality” piece of observational research.

Dr Annemarie Bennett, assistant professor in dietetics at Trinity College Dublin, said research consistently showed that diets higher in fruits and vegetables, and lower in processed foods and saturated fats, were most advantageous for health.

“There are health benefits over the long-term to vegan and vegetarian diets as these diets tend to be typically higher in fibre and micronutrients like vitamins and minerals, and lower in saturated fat, relative to diets that contain meat,” she said.

“If somebody is removing meat from their diet, it’s important they compensate for that with other foods to meet their nutritional needs,” she added.

“Red meat, poultry and fish provide key nutrients that can be difficult to get from other foods. Meat is a concentrated source of iron, which we know is especially important for women, as well as an important source of vitamin B12, which can only come from animal sources in terms of food.”

She said: “The same size as the width and depth of your own palm is amount of meat that you would need on day to day basis. We often exceed that in terms of our consumption.

“If a person is vegan or vegetarian, they may be more interested in or educated about their own diet,” she said of the study. “One isn’t necessarily better than other in terms of health outcomes.”

Clare Corish, associate professor in clinical nutrition and dietetics in UCD, said the study results may have been influenced not only by meat consumption, but also by other lifestyle choices made by people on restricted diets.

“The study also showed that people who have vegan and vegetarian diets also drank less alcohol and didn’t smoke as much so that could have an impact too,” she said.

“We all know that fruit and vegetables are better for us and because people on these diets can’t eat other foods, they’re going to eat more fruit and veg, wholegrain foods and cereals. But if you’re a vegan who eats a bad diet then that won’t be great and you wouldn’t get the same result.”