Vaccination redress scheme could be set up in 2020 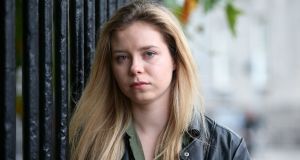 The State has made a settlement and paid the legal costs of Aoife Bennett, who claimed she developed narcolepsy after receiving the swine flu vaccine. Photograph: Laura Hutton

A no-fault compensation scheme for people who develop illnesses after vaccinations could be set up next year, according to senior Government figures.

High Court judge Charles Meenan is expected to give a report to Government in the coming weeks on how those injured by medical mistakes can be compensated. A separate report into vaccine injury redress schemes in other jurisdictions has been given to Government recently and recommends the benefits of a no-fault scheme.

There was huge relief in Government after a case taken by a woman who claimed she developed narcolepsy after receiving the swine flu vaccine was settled at the High Court on Tuesday.

Senior officials at one stage feared the vaccine cases – of which there are about 100 – could potentially result in seven- or eight-figure awards from the courts but Tuesday’s settlement is understood to be considerably lower, according to sources briefed on the case.

While the State has made a settlement and paid the legal costs of the plaintiff Aoife Bennett, Government sources believe that the case will give little encouragement to other plaintiffs to proceed with cases, especially if a no-fault compensation scheme is set up. It is understood that Ministers are in favour of such a scheme.

The Health Research Board recently reported favourably on the operation of such schemes in other countries. “Our findings suggest that vaccine injury compensation programmes have been implemented to protect the supply of vaccines, to improve vaccine confidence, and to encourage high rates of vaccination among the general population.

“A secondary objective of the programmes was to provide timely access to compensation in the event of injury from a vaccine,” the research board said in a summary of the report.

“Programmes that have removed the need to prove negligence and that have applied a low standard of proof provide timely access to compensation. These schemes also reduce administrative, legal and overhead costs and improve relations between claimants and medical professionals.”

A spokeswoman for the Department of Health said Minister for Health Simon Harris was “pleased that the mediation process was successful in this case and that the parties have been able to come to a resolution without the necessity to continue with legal proceedings. There are a number of other legal cases pending and it would be inappropriate for the Minister to comment any further.”

However, senior health sources believe that the potential for a large number of cases to proceed in the courts has receded after Ms Bennett’s case was settled without any admission of liability.

About 100 cases have been lodged by plaintiffs who claim they developed narcolepsy as a result of the swine flu vaccine, with the next case listed for next June.

The State Claims Agency, which manages lawsuits against the State, said it was “consulting with its legal advisers to examine all outstanding Pandemrix-related cases and how each of these should be managed to resolution”.

Tadhg Kennedy, a spokesman for a group representing those affected, said he was aware of the idea of a no-fault compensation scheme but it was coming “too late” for families.