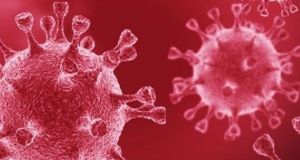 The study found that an “effective” first lockdown led to the disappearance of first-wave viruses. Illustration: Paul Scott

Ireland eliminated Covid-19 variants circulating in the first wave through lockdown measures and the second wave was seeded by variants imported from abroad, a new scientific report shows.

The study, comparing virus types in the first and second waves from hospitalised cases of the disease seen at four hospitals, found that an “effective” first lockdown led to the disappearance of first-wave viruses. The second wave began from variants of the virus linked to those found outside Ireland, “suggesting multiple introductions through travel during the summer of 2020”.

The report by a group of scientists and doctors concluded that travel was a “significant contributor to the re-emergence of the pandemic in the second wave in Ireland”.

The group looked at a significant proportion of hospitalised cases (15.2 per cent) at the Mater, St Vincent’s and Beaumont in Dublin and Wexford General Hospital during the first two waves, covering infected people from 12 counties.

Scientists can trace particular strains of a virus in circulation by analysing the genetic sequence – a kind of bar code that identities the particular make-up of a virus type.

Of 131 cases analysed from the first wave, March to June, two types of virus were found in 69 per cent of sequences but they were no longer detected by mid-June. In the second wave, from July, a new virus “lineage” – first reported in September – made up 82 per cent of the cases.

The study found that none of the common types of virus detected in the first wave re-emerged in the second with the exception of a single case of a first-wave variant found on December 21st.

The research was carried out on behalf of the All Ireland Infectious Diseases Cohort Study and the Irish Coronavirus Sequencing Consortium, which sequences virus samples and maps the evolution of the virus in the State.

Prof Paddy Mallon, UCD professor of microbial diseases and an infectious diseases consultant at St Vincent’s, said the research shows the “very clear role” international travel plays in seeding a country with a new wave of infections and variants of the disease.

“What this study shows is if you get your cases as low as we did, in effect you have the ability to eliminate those variants from the country, and if you get the cases that low, your main threat comes from travel,” said Prof Mallon, an author of the report.

The research addresses for the first time with clear data that the Covid-19 circulating in the second wave came from overseas rather than a resurgence from the first wave.

“Not to act on data like this – and not to learn from our mistakes as we [plan to] come out of a really tough lockdown – would be really unfortunate and really bad,” Prof Mallon added.

The Government is working on plans to introduce mandatory quarantine arrangements for inbound visitors in an effort to prevent variants of the virus being imported from overseas.

The study detected the more transmissible UK “B117” variant, now dominant in the State, in only three samples, all reported in the 10 days to December 27th. These were taken from just 15 per cent of samples sequenced between late September and December.