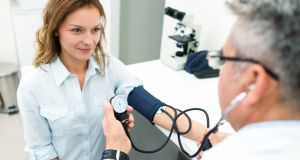 The number of people waiting for an outpatient appointment fell slightly last month to 568,769, the first drop recorded in almost a year.

With inpatient waiting lists also falling – there were 67,390 people waiting for a procedure at the end of September, down about 400 on the previous month – the Government can finally point to some progress being made on access to health services.

The outpatient waiting list had been growing at a rate of 5,000-7,000 patients a month before September.

There are still 45,544 more people waiting for outpatient appointments compared with the start of this year – and just 729 fewer than a month ago – but the inpatient list has shrunk by 4,042 patients this year, according to figures from the National Treatment Purchase Fund (NTPF).

The waiting list trends appear to show the Government’s massive investment in the NTPF’s initiatives to clear the lists is beginning to show dividends. Some €75 million is being ploughed into the NTPF this year, and this week’s budget provided for €100 million in funding next year.

The NTPF says it will significantly increase its focus on outpatient lists next year, as well as starting to fund diagnostic scans for public patients.

Under a Government plan published last March, the number of patients on the outpatient waiting list is supposed to fall to 509,000 by the end of the year. It is unlikely this target will be reached.

The number of patients waiting to receive a gastrointestinal endoscopy fell to 22,197 in September, from 22,544 a month earlier.

There are also currently 45,895 children waiting to see a paediatrician for an outpatient appointment in the three Dublin hospitals that make up Children’s Health Ireland.

Responding to the publication of the September waiting list figures, Fianna Fáil health spokesman Stephen Donnelly said: “One in eight of the population was on the outpatient waiting list last month. When the Minister for Health published his Scheduled Care Access Plan last March, he told us that during this year the number of patients waiting for a first outpatient appointment would fall . . . to under 509,000.

“The fact is that the numbers waiting are still almost 60,000 ahead of the target set by the Minister for year end and it would be quite extraordinary if the lists fell by 20,000 a month for the remainder of the year.

“The Minister seems indifferent to these figures and there has certainly been no sense of urgency about ensuring timely access for outpatient consultations.”