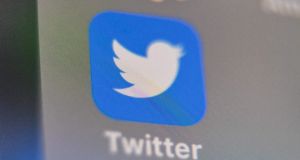 Twitter has teamed up with the HSE to provide a new tool that will give prominence to credible public health information about vaccines to people in Ireland who search the topic on the platform.

People searching for vaccine-related facts via the social media giant will be directed towards a dedicated Health Service Executive webpage, in a change designed to curb the spread of misinformation online.

From Monday, when someone in Ireland searches for certain keywords associated with vaccinations on Twitter, they will get a visual prompt directing them to the HSE’s dedicated webpage. The prompt will appear at the top of the person’s Twitter search results.

The tool mirrors similar changes made in the US earlier this year, where people seeking information about vaccines are directed towards the US Department of Health & Human Services and its vaccine-specific website.

It also follows the template used for suicide-related searches, in which a message about the Samaritans is given prominence for Irish searches.

Social media companies worldwide are coming under increasing pressure to tackle “fake news” and hate speech on their platforms.

Minister for Health Simon Harris has challenged the sector to take action to counter misinformation online about vaccines, which is regarded as a significant factor in reducing immunisation uptake rates in recent years.

The social media companies have to decide “which side they are on” in the vaccine debate and should consider closing accounts and web pages that spread false information, the Minister said last month at the launch of an alliance aiming to boost uptake of childhood vaccines.

Responding at the time, Facebook said it and Instagram had an action plan to combat vaccine misinformation. When this is identified, rankings are reduced and links removed from search pages. Hashtags with verifiably false information are also being blocked.

A meeting between the Minister and the social media companies is scheduled for next month.

Karen White, Twitter’s director of public policy in Europe, said the company’s “main priority” was to “protect the health of the public conversation on the platform. Ensuring individuals can find information from authoritative sources like the HSE is a key part of that mission”.

“We understand the importance of vaccines in preventing illness and disease, and recognise the role that Twitter plays in disseminating important public health information. This collaboration with the HSE will ensure people who seek information about vaccinations on Twitter can easily access reliable and credible information.”

Due in part to a decline in vaccination rates in Ireland and elsewhere in Europe, measles and mumps cases have increased this year. So far, 1,765 cases of mumps have been reported and over 50 cases of measles.

The HSE’s Health Protection Surveillance Centre says the mumps outbreak that started last year is continuing and the number of cases was increasing after schools and colleges reopened.