Optimists not only live longer in general, but have a better chance of reaching 85 or older 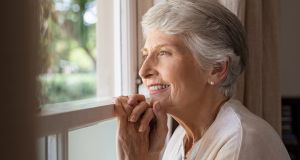 Seeing the glass as half full may mean a longer life. Photograph: iStock

Seeing the glass as half full may mean a longer life, according to research suggesting optimists not only live longer in general, but have a better chance of reaching 85 or older.

It is not the first time optimism has been linked to benefits. People with a chipper mindset have previously been found to have a lower risk of heart conditions and premature death. Researchers now say it could also play a role in living a long life.

The team behind the study say their findings could also be cause for cheer.

“A lot of evidence suggests that exceptional longevity is usually accompanied by a longer span of good health and living without disability, so our findings raise an exciting possibility that we may be able to promote healthy and resilient ageing by cultivating psychosocial assets such as optimism,” said Lewina Lee, the lead author of the study at Boston University School of Medicine.

While such a possibility has yet to be tested, Lee noted other studies have shown that optimism levels can be raised.

Writing in the Proceedings of the National Academy of Sciences, Lee and colleagues report how they analysed data from two previous long-term research projects, one involving female nurses and the other focused on male military veterans.

The team split about 70,000 women into four equally sized groups, based on their scores for optimism. They then compared lifespan for the most optimistic with the least, taking into account factors including age, sex, race, education, depression and other health conditions present at the outset.

The results show the most optimistic group of women had a lifespan almost 15 per cent longer than the least.

Similar results were seen in men, even though optimism was measured slightly differently. When the team compared the fifth of men boasting the highest optimism scores with the least optimistic, they found the most positive men had lifespans almost 11 per cent longer.

Research suggested people who are more optimistic might also lead a healthier lifestyle, thereforethe analysis took into account factors including exercise levels, diet, smoking and how much alcohol participants drank.

These figures remained almost unchanged for women when social life was considered, although for men a clear link to optimism was no longer present - possibly because of the smaller size of the male group.

But being optimistic was not only linked to a longer lifespan. For men and women it was also linked more specifically to living to 85 or older - “exceptional longevity” when health behaviours were taken into account, with the most optimistic group of women having 20 per cent better odds of reaching age 85 than the least.

Most of the participants in the study were white, and few had low socioeconomic status - meaning more research is needed to see if the findings hold in other groups. Also, income was only considered among the men, and for men and women optimism was only considered at one point in time.

Lee said it was not yet clear why optimism is linked to longevity. “In our study, healthier behaviours, fewer depressive symptoms, and more social ties only partially accounted for the association from optimism to exceptional longevity,” she said, adding there are likely to be other mechanisms at play, such as optimistic people coping better with stress.

Dr Catherine Hurt, an expert in health psychology at City, University of London, said the study highlighted the importance of psychological wellbeing alongside physical wellbeing for living a long and healthy life.

“The results suggest that as well as educating and encouraging people to eat a balanced diet and exercise regularly to maximise longevity we should also be promoting psychological wellbeing and the importance of optimism,” she said. “An optimistic outlook appears to be a key part of a healthy lifestyle.”

Lisa Bortolotti, the professor of philosophy at University of Birmingham, added other forms of optimism could also bring benefits.

“We can also have biased views of our abilities and our future: we may think that we are excellent drivers, or that we will never get a divorce, when evidence suggests otherwise.

“These biases can be good too. If we believe that we can attain our goals, we are more likely to persevere when difficulties arise.”