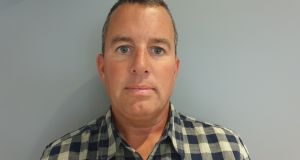 John Wall highlighted the difficulties faced by those who are given a terminal diagnosis in getting access to terminal illness medical cards.

Concerns about the operation of the HSE’s medical card scheme have been raised by the Ombudsman following a complaint made by a father-of-three who has been diagnosed with terminal prostate cancer.

John Wall, an air-traffic controller at Shannon Airport, had his emergency medical card reviewed six months after it was issued, and then revoked two months after that.

He complained to the Ombudsman Peter Tyndall about information on the Department of Health website which said that such medical cards would be valid for 18 months. That information has now been removed.

Mr Wall has also highlighted the difficulties faced by those who are given a terminal diagnosis in getting access to terminal illness medical cards.

In a letter dated August 15th, the Ombudsman said he had “considerable concerns” about “inconsistencies” and “misleading information” given to Mr Wall.

Mr Tyndall said he needed to consider whether the discretionary element of the medical card scheme was being applied “in a fair and reasonable manner”.

In relation to the 18-month claim on the department website, Mr Tyndall said he brought the information to the attention of the HSE, which said that information was not correct.

“I understand that the department has since corrected this information.

“I can totally appreciate that having to deal with the bureaucratic process you have encountered is the last thing you need.”

Mr Tyndall said the complaint raised “a number of important issues in relation to the current procedures and practices followed by the HSE in assessing emergency medical card eligibility which I need to pursue further”.

“For example, I need to satisfy myself that the administration of the application system is in harmony with the guiding legislation.”

The Ombudsman said he would also look into whether the discretionary elements of the review procedures were being applied fairly “having regard to the very vulnerable group of people who need to apply for the emergency medical cards”.

Mr Tyndall also said he had “broader concerns” about the issues raised in the complaint and said “the criteria for determining eligibility for an emergency medical card for people with a diagnosis of terminal illness need to be clear and consistently applied”.

In 2014, then-minister for health Leo Varadkar announced that people with terminal illnesses would no longer have their medical cards reviewed.

The HSE said on Wednesday that emergency medical cards were reviewed after six months. A separate terminal illness card can be issued to a patient who has a life expectancy of less than 12 months.

Mr Wall, who was diagnosed with prostate cancer in 2017, said many consultants were reluctant to provide such time-frames, which he said could mean that many terminal patients faced reviews and bureaucracy.

“There could be thousands of people out there who are stuck in that situation. It is on behalf of every single one of those people who are finding life difficult that I am advocating.”

Mr Wall is due to meet Minister for Health Simon Harris in late September after the Dáil resumes.

A spokeswoman for the HSE said it “fully appreciates the sensitivities in relation to prognostic determination for patients diagnosed with life-limiting conditions”.

“Accordingly, while it is beneficial to include details relating to prognosis, there is no requirement of the treating clinician to explicitly document same in terms of months or years.

“Instead, detailed information in the medical report specific to the patient relating to diagnosis, disease staging, where available, and planned treatment should also be provided to allow the National Medical Card Unit medical officers who review such applications to assess the type of card to be awarded.”