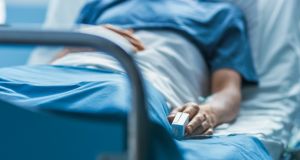 The number of inpatient beds fell from 16,629 to 12,383 while the State’s population grew from 3.4 to 4.7 million. This represents a fall of almost 50 per cent in bed capacity relative to population. Photograph: iStock

A substantial shift towards privatised medicine is revealed in the first study to enumerate the number of private hospital beds in Ireland.

Over the past 40 years, more than 1,000 “private for-profit” hospital beds have been opened, while slightly more public beds have been closed over the same period, according to research by UCD academic Julien Mercille.

Internationally, hospitals are categorised as public, private for-profit or private not-for-profit. The latter category is substantial in Ireland due to a high number of voluntary hospitals, but has shrunk in recent decades. There were 9,601 beds in this sector in 1980, and just 5,258 in 2015.

The shift towards private bed capacity is also apparent, but less pronounced, under the system of classification used by the Department of Health, which categorises most voluntary/private non-for-profit hospitals as belonging to the public sector. Under this system of classification, also set out in Dr Mercille’s study, the number of public beds fell from 15,111 to 10,411 over the period, while private beds increased from 1,518 to 2,056.

“Ireland was a relative latecomer to privatisation, whose scale was still low in the 1990s, but grew relatively rapidly thereafter,” he notes in the study, published in Journal of Public Health.

Ireland has not compiled or published statistics for private for-profit hospitals, and for a significant proportion of private not-for-profit hospitals, since the 1980s, he says. Comparisons with other countries are difficult because the Irish system of classification does not follow international standards.

Some 8.6 per cent of beds were private for-profit in Ireland in 2014, according to the study, compared to 30 per cent in Germany and 24 per cent in France, but 2.2 per cent in Denmark.

Ireland’s hospital sector can be described as “highly private” because private for-profit and private not-for-profit account for half of the bed stock, according to Dr Mercille, of UCD’s school of geography.

The total number of inpatient beds fell over the period from 16,629 to 12,383, at a time when the State’s population grew from 3.4 to 4.7 million. This represents a fall of almost 50 per cent in bed capacity relative to population.

While the private sector has grown, he argues, the public hospital system has been neglected, especially during periods of austerity. “Public hospitals have thus had difficulty meeting the demand for care and long waiting lists have become an acute national problem.”