New group will consider proposals and revisions to existing programmes 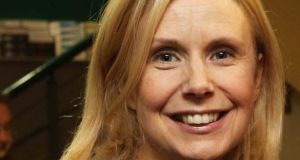 Former RTÉ journalist Martina Fitzgerald is one of 20 people appointed by Minister for Health Simon Harris to the National Screening Advisory Committee.

Ms Fitzgerald was appointed of foot of her expression of interest for an expert role at the newly-formed committee. She left RTÉ last December after she was replaced as political correspondent following the advertising of the position in an open competition within RTÉ.

The new group, which is being established in the wake of controversy over the cervical cancer screening programme since last year, will be chaired by Niall O’Higgins, retired professor of surgery at UCD.

Mr Harris said the establishment of the committee marked an important milestone in the continued evolution of population screening programmes in Ireland.

“This committee intends to work closely with UK counterparts and other European colleagues, and I am confident that this will ensure we have a process that is robust, transparent and inclusive and which will ensure that screening programmes in Ireland have a strong supporting evidence base,” he said.

“Screening has faced a number of challenges over the past year and the work of the screening committee will play a vital role in helping us to educate the population about screening, its limits and ultimately increasing our screening rates across the country.”

Most of those appointed have a medical or scientific background but membership includes former Independent Senator Jillian van Turnhout and Anne Burke, both representing the public voice.

Among the responsibilities of the committee will be to consider new proposals for screening, as well as revisions to existing programmes.