Ireland has always had differentiated travel advice depending on country, says Varadkar 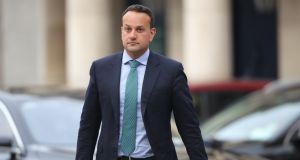 Tánaiste Leo Varadkar has acknowledged the Government’s green list on travel “may not be simple” but said it was “very straightforward”.

Ireland has always had differentiated travel advice depending on the country, he told RTÉ radio’s Today with Sarah McInerney show.

All the information is on the Department of Foreign Affairs website. “People aren’t simple, they do understand that there’s a difference between travelling to Greece or Yemen or Brazil.

The Department of Foreign Affairs says no nonessential travel is the general advice, but there are exemptions, which are the green list countries, he explained.

“The virus does not know whether you’re on essential or nonessential business or what passport you have – what we’re saying to people is that the safest thing is not to travel for any reason, to stay at home in Ireland and holiday at home, but there is a difference between countries that have a very low level of the virus like Norway for example, or Italy or Greece, as opposed to countries that are hot spots.

“The message from Government is that the safest thing to do is not to travel for any reason, to stay at home, and to stay in Ireland, holiday in Ireland.

“But if you are travelling there are two sets of countries, for the green list the advice is take normal precautions, and you do not need to restrict your movements for 14 days when you come home. For countries not on the green list the advice is no nonessential travel and whether you travel there for any reason whatsoever, essential or not, you still have to restrict our movements for 14 days when you return.”

“We’re not going to treat you like a child, we’re not going to say to you that travelling to a hot spot like Brazil is somehow the same as going to Norway where the virus is at very low levels. We’re giving people honest advice. Which is not the same for every country.”

“We’re all collectively responsible for that. That’s why I said what I said: that we needed to make a decision on this and then tell the public what that advice was.”