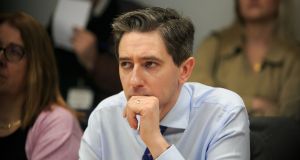 “The Minister [Simon Harris] acknowledges the introduction of any new service will bring a number of challenges.” Photograph: Gareth Chaney Collins

All 19 maternity hospitals or units are now providing some level of abortion care, the Department of Health has said.

A spokeswoman for the Department said that the HSE has confirmed that all 19 maternity units are providing some level of termination of pregnancy services including blood testing, Anti-D injections and ultrasound scanning, with medical and surgical terminations being carried out at some sites around the country.

Full services are still only being carried out in nine hospitals, where women can access terminations if their pregnancy is of less than 12 weeks’ gestation.

All hospitals are providing terminations in emergency situations, when a woman’s life or health is at risk.

“The HSE is working with the hospital groups and the individual hospitals to expand the number of sites where such services are provided, with the clear intention to ensure that all maternity hospitals are in a position to provide a fuller range of services as quickly as possible.

“As with the introduction of any new complex service there are a number of implementation challenges, and work is ongoing between the HSE and the maternity units and hospitals to ensure the smooth roll-out of this new service for patients, GPs and hospitals.”

Some 217 GPs have now signed contracts agreeing to provide the service.

“The Minister [Simon Harris] acknowledges the introduction of any new service will bring a number of challenges. However, the service today is significantly better than that of December 31st where women seeking a termination had to travel abroad or purchase medication illegally online,” the spokeswoman said.

Officials in the Department of Health are currently working on legislation to provide for exclusion zones. It follows a series of protests outside maternity units.

“The Minister is committed to their introduction and has listed it as a legislative priority for 2019. It is important to note that there are existing laws to prevent people being intimidated or harassed.”

The chairwoman of the Institute of Obstetricians and Gynaecologists has said members would like to see a national co-ordinator appointed in the Health Service Executive to oversee the country’s abortion services. However sources in the department said that a clinical lead is already in place, Peter McKenna from the National Women and Infants Programme.