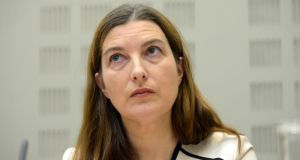 Dr Cliona Murphy, chair of the Institute of Obstetricians and Gynaecologists, said concerns were expressed at a meeting of its members about the level of preparedness for abortion services. File photograph: Dara Mac Dónaill/The Irish Times

Concerns about the State’s new abortion services were heard at a meeting of some members of the Institute of Obstetricians and Gynaecologists in Dublin on Wednesday night.

The group met to discuss a motion on what they describe as risks to patient safety in the provision of termination of pregnancy services, although a vote on the motion was not held.

Dr Cliona Murphy, chair of the institute, said concerns were expressed about the level of preparedness for the services, which came into operation on January 1st.

“Members had a good discussion, with some expressing concerns about the preparedness on the ground for providing abortion care,” she said.

“This new service is still evolving and will take time to fully implement. Responsibility for implementation lies with the HSE. It is essential that appropriate resources to support clinicians involved in our hospitals is provided.”

The institute is the national professional and training body for obstetricians and gynaecologists in Ireland. The number of people that attended the meeting represented around 10 per cent of its membership, with 17 people listed to speak.

The motion discussed at the meeting stated: “Because of risks to patient safety due to inadequate preparation, the implementation of forthcoming legislation in relation to termination of pregnancy cannot commence on January 1st, 2019 and should not take place until these risks are addressed.”

Nine of the State’s 19 maternity units are currently providing access to abortion services and 217 GPs out of 3,500 have agreed to provide terminations, with about half of these accepting referrals from the HSE’s MyOptions helpline, the main pathway for those seeking a termination.

A spokeswoman for the institute said it had “no role, authority or responsibility in the actual delivery of obstetric and gynaecological services which is the remit of the HSE.

The spokeswoman said further training would be required for members.

“Members will already be familiar with procedures and medications as part of their medical training in this speciality of medicine. Implementation of the legislation will require ongoing training and education.”

Minister for Health Simon Harris earlier this week said posts on social media which purported to identify hospitals where the first abortions under the new legislation were being carried out were “despicable”.