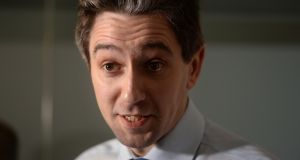 Minister for Health Simon Harris said he would defend and protect the confidentiality of patients. Photograph: Dara Mac Donaill

Posts on social media which purport to identify hospitals where the first abortions under new legislation were being carried out are “despicable”, Minister for Health Simon Harris has said.

He said he found such incidents to be “extraordinarily unedifying”.

“I find it pretty darn despicable that that... anybody would take to social media and endeavour to create a public conversation about an individual patient’s care.”

“A service that is provided legally here in our country deserves to be treated with absolute respect and the confidentiality of a patient must be to the fore.”

Mr Harris said he had spoken to HSE interim director general Anne O’Connor about the issue on Monday.

He said he would defend and protect the confidentiality of patients, adding the health service would ascertain the fact about such incidents and “act accordingly”.

The Minister said if information regarding a patient had been leaked from the health service it would be very serious.

Ms O’Connor said any breach of confidentiality regarding a patient was not something the HSE would support at all.

A post on the Facebook page “Pro-Life Ireland” on Sunday declared: “The first abortion in our Lady of Lourdes hospital is scheduled for first thing tomorrow morning Monday 7th . The priests in Drogheda have asked for prayers that the woman will have a change of heart overnight and not go through with the procedure. Please spread the word.”

Also on Sunday, economist Prof Ray Kinsella, tweeted: “1st #abortion due to take place in Our Lady of Lourdes on Monday morning. Please pray hard that the #mother will recognise the #baby as a gift from God”.

Dr Peter Boylan, the HSE’s clinical advisor on the introduction of abortion, criticised Prof Kinsella’s actions on Monday, saying: “It is completely inappropriate for someone who knows absolutely nothing about medical practice to say something like that in the public domain.

“It’s demeaning to the person who’s tweeting, it’s below what their normal standards should be and they just shouldn’t do it really because patient confidentiality is absolutely critical in our dealings as doctors with patients coming into the hospital, it’s one of the absolute bedrocks of medical practice,” Dr Boylan told Newstalk’s Pat Kenny Show.The Irish Times has sought comment from Prof Kinsella on Monday without success.

Meanwhile, Mr Harris said he was absolutely committed to introducing safe access zones around healthcare facilities. However he said already under existing legislation people were “protected from harassment”.

“People should not think we are acting in a complete vacuum but I am absolutely committed to safe access zones and I have a Government decision supporting the introduction of them.”

The Minster said he would introduce legislation for the establishment of safe access zones in 2019. However he said he needed to tease out the exact timeframe with the Opposition and the office of the Attorney General. He suggested that a lot of legislative time could be taken up by Brexit issues. “I will in the next week or so endeavour to meet with the opposition to discuss on how work together to make safe access zones a reality”, Mr Harris said.