Many patients missing out on vital operations, consultants group claims 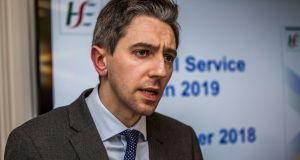 Minister for Health Simon Harris disputed the Irish Hospital Consultants Association’s assessment, saying it was “inaccurate” to suggest the lower numbers of trolleys could be attributed to the curtailment of elective procedure. Photograph: James Forde

Hundreds of patients, including some seriously ill with cancer, are missing out on vital operations due to efforts to cut trolley numbers and a shortage of beds and doctors, a medics group has claimed.

The Irish Hospital Consultants Association (IHCA) says the lower trolley numbers seen after Christmas “must be assessed in the light of” the widespread deferral of essential surgery appointments in January.

This will have “knock-on effects” on the health system and cause greater overcrowding in the long run.

Minister for Health Simon Harris disputed the IHCA’s assessment, saying it was “inaccurate” to suggest the lower numbers of trolleys this January could be attributed to the curtailment of elective procedures.

“This is a feature of every winter as it helps to free some capacity for the extra pressure in emergency departments at this time of year. . . It is something that has been part of previous winter plans when the numbers were higher.”

About 360 patients were waiting for admission to hospital each day last week, half as many as in the same week last year.

Mr Harris attributed the reduced overcrowding to “positive initiatives” in his winter plan, along with mild weather and lower flu rates.

However, the IHCA, citing examples of cancellations in specific hospitals, says it is very concerned about “complacency” in addressing the lack of capacity in hospital services.

“It is unacceptable that, in a developed economy such as Ireland, hundreds of critically-ill patients who are admitted to hospitals on a daily basis cannot be provided with a bed and are being treated on trolleys,” the group’s president, Dr Donal O’Hanlon, said.

University Hospital Galway has a 1:3 rolling closure policy for theatres, and is running at two-thirds capacity. “This is impacting not only on the scheduling of essential elective surgery but also on urgent cancer surgery. The result is long waiting lists for elective surgery and increased numbers presenting as emergencies because of delays.”

At the Midland Regional Hospital Tullamore, the elective ward was curtailed from December 10th, and closed completely on December 18th with no set date for reopening, according to the consultants group.

Dr O’Hanlon said the two main capacity deficits restricting patient care were the severe shortage of hospital beds and the large number of permanent consultant posts that cannot be filled.

Despite the relatively benign start to the year, trolley numbers are expected to rise this week as the flu takes hold.