Where does rain, having fallen, actually go?

Michael Viney: We need to tap into our groundwater resource 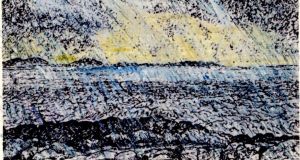 Just when a wavering jet stream had settled into our lexicon of the weather, it seems we also need to know about great “atmospheric rivers” in the sky. First defined in the 1990s, the rivers (now briskly owned in research papers as “ARs”) are dense “filaments” of evaporated water vapour reaching north from the tropical oceans.

They are narrow only on the global scale – a few hundred kilometres wide and several thousand kilometres long – and number perhaps four or five at any one time in the northern hemisphere. But they transport 90 per cent of the planet’s poleward moisture, and any one of them may carry a greater flux of water than the Amazon.

Swept along on strong winds and levered up by coastal mountains, as on the west coasts of North America and Europe, they release intense and flooding rains. British climate scientists have linked them specifically to the run of extreme deluges in these islands. They are, needless to say, projected to become stronger and to double by the end of the century.

But where does rain, having fallen, actually go – that is, when it agrees to go at all?

Much of it flows, trickles and gushes off the land to replenish rivers and lakes, or ends up in the sea. But about a quarter of our annual rainfall, sinking through the pores of the soil, is enough to recharge the underground water that hydrogeologists like to call “Ireland’s hidden resource”. It keeps rivers flowing, even in droughts, and feeds lakes that support public water supplies.

The return of the rain reduced deficits over the west and north, but has been slow to moisten the parched hectares of many southern counties. With my own confidence restored in the flow to our hillside well, I have turned to the nation’s wider aquifers.

The word “aquifer” has long teased me, hinting at underground caverns full of water, rare in any national geology and quite missing from Ireland’s exceptionally varied layer-cake of rock. Good aquifers are generally of highly porous bedrock, their water on the move and readily flowing sideways into boreholes. Half of Germany, for example, has this kind of aquifer, supplying water to two-thirds of its people.

Unlike most other EU countries, Ireland’s aquifers are filled through fissures, cracks or joints in the bedrock. The most regionally important are in limestone, underlying 40 per cent of the landscape. In most of it, descending water has dissolved the stone to widen cracks into conduits – the process of “karstification”.

Only 2 per cent of the Republic has a few sand and gravel aquifers with high porosity, such as the one on the Meath-Kildare border. Much of the rest, like our sandstone Mayo hillside, is reckoned “poorly productive”. But a national survey to support the EU’s Water Framework Directive has identified 383 “groundwater bodies” from which water could be extracted.

Ireland has been bottom of the European league in its use of groundwater. Better understanding of the resource and of threats to it has come from big advances in hydrogeology at the Geological Survey of Ireland (GSI) and in the universities.

In the summer issue of the GSI’s Groundwater Newsletter, for example, one article explores fluctuations of groundwater under central Dublin as new buildings, given limits of height and space, excavate ever deeper basements.

The widening spread of the city and its commuter towns has sealed off more land in concrete and worsened problems of pollution. The steady rise of one-off houses in the countryside, each with a septic tank and often with a private well, together with intensification of farming, complicate the challenge of keeping groundwater pure.

Co Wexford, as one example, draws 40 per cent of its drinking water from two major aquifers, one in volcanic rock, the other in limestone. Some 30,000 one-off houses are scattered over the county, and intensive cereal growing spreads fertiliser and uses waste sludge from Dublin’s treated sewage.

Pollution from human and farm waste has long been a problem in the big limestone areas of the west, where thin soil and deeply fissured rock carry contamination into the groundwater. In some vulnerable zones, more than half the domestic wells show faecal pollution The national figure of 30 per cent is still probably the highest in the EU.

For all the sheep on the hillside, our own well flows sweetly enough, its water filtered and sanctified in an ultra-violet glow. In an Ireland of regular and widespread lowland floods that envelop stored human and animal waste, how do we protect the hidden resources of “pure” Atlantic rain?