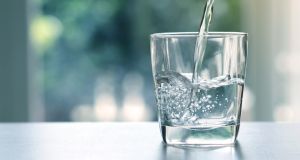 The Environmental Protection Agency has highlighted serious health risks arising from creches, nursing homes and hotels using their own wells for drinking water.

In its latest evaluation of supplies, the EPA has said the quality of drinking water in private supplies, which serve more than a million people, “remains poorer than that in public supplies” and poses greater health risks due to E.coli contamination.

In spite of this risk, many private supplies are not on the local authorities’ register and those that are registered are not monitored sufficiently to ensure safe drinking water, according to the report issued on Wednesday.

Legal responsibility for private water supplies rests with local authorities and the supplier.

E.coli bacteria were found in 51 small private water supplies during 2017

The report shows that while there was an increase in the number of private supplies monitored in 2017, monitoring remains inadequate. No E.coli testing was reported for 711 small private water supplies during 2017.

“This unknown poses a serious health risk to the public,” the report added.

E.coli bacteria were found in 51 small private water supplies during 2017. These were serving commercial buildings including hotels, B&Bs and pubs as well as public buildings such as schools, creches and campsites. Consuming water with E.coli frequently to leads to gastrointestinal illness, and in a small number of cases can result in severe and long-term kidney failure.

The report highlights that more than 50 private supplies were found to be “contaminated with human or animal waste at least once during the reporting year”.

Small private supplies are drawn from springs or wells, which have the poorest water quality of all private water supply types, the EPA said. They may be used in areas where there is no access to a public supply or where a business has chosen to use a private supply for commercial or other purposes.

The continuing poor quality of drinking water in private supplies serving commercial or public activities was of concern, said Dr Tom Ryan, director of the EPA’s Office of Environmental Enforcement.

“Our report found many of these supplies are not being monitored for water quality. The consumption of water of unknown quality poses a serious health risk to consumers, particularly vulnerable people such as the young and elderly,” he added.

The report is available at www. epa.ie