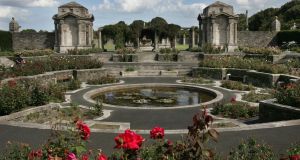 The memorial gardens at Islandbridge. The new bridge will not reach as far as Phoenix Park but a new pedestrian crossing is expected to be introduced, linking bridge and park via existing cycleways. File photograph: Matt Kavanagh 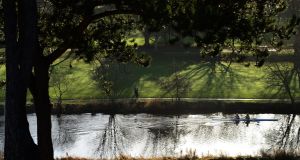 Almost a century after it was first planned, a pedestrian bridge will soon cross Dublin’s river Liffey, linking the Irish National War Memorial Gardens at Islandbridge with Phoenix Park.

Such a bridge was originally intended to be part of Sir Edwin Lutyens’s design for the gardens, but never built. Now the Office of Public Works and Royal Institute of the Architects of Ireland have invited designs for the structure, with a deadline of next March, the 150th anniversary of Lutyens’s birth.

The new bridge will allow pedestrians and cyclists to cross the river from Islandbridge to the south side of Conyngham Road, beside UCD boat club, where there will be a “formal ceremonial entrance” and plaza.

It will not reach as far as Phoenix Park, where the nearby Magazine Fort is also being refurbished. But a new pedestrian crossing is expected to be introduced, linking bridge and park via existing cycleways.

Announcing the competition at the site on Wednesday, Minister of State for the OPW Kevin Boxer Moran said the memorial gardens were among the city’s most important amenities, “yet are untapped as a major tourism destination”.

The new bridge would help link the walking, cycling and military trails across the river from Kilmainham to Phoenix Park and beyond, he hoped.

The announcement came three days after the centenary of Armistice, which drew unusually large crowds to Islandbridge. State Architect Ciaran O’Connor said it was apt the anniversary was being marked by a competition to complete the original plan via a bridge aligned with the gardens’ main axis, as Lutyens intended.

Commemorating the 49,400 Irish soldiers then thought to have died in the first World War (the estimate has since been reduced), the gardens were constructed in the 1930s, mostly by hand. The project provided much needed work for ex-servicemen, drawn equally from British army veterans and former soldiers of Ireland’s new national Army.

The design includes two sunken rose gardens, with 4,000 roses, and four “bookrooms”, representing the provinces. The bookrooms record the names of all the Irish war dead, with illustrations by Harry Clarke, but also house other memorials including the original Ginchy Cross, carved from oak to commemorate the 16th Irish Division in northern France.

The gardens are considered among the masterpieces of Britain’s greatest 20th-century architect, who also designed the enormous Thiepval Memorial and New Delhi’s India Gate. But initially intended to commemorate what had been called to the “war to end all wars”, they were completed with ironic timing in 1939.

1 Gardaí disperse crowds gathered at coastal beauty spots
2 Six counties free of new cases of Covid-19 over past week
3 US cities become battle zones as anger at racial inequality erupts
4 Maureen Dowd: If Donald Trump no longer tweets, does he even exist?
5 Changes to Covid-19 payments to be considered next week, Minister says
Real news has value SUBSCRIBE