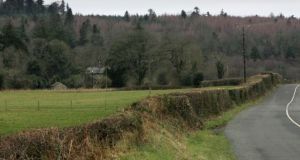 Plans to allow managed roadside hedge cutting during August have been scrapped in favour of protecting nature and biodiversity, the Department of Culture, Heritage and the Gaeltacht announced on Tuesday.

The department had proposed allowing the cutting of road-facing hedges during the month of August on a two-year trial basis, but these plans were abandoned as “it would be wrong and would send out all the wrong signals,” Minister for Culture, Heritage and the Gaeltacht Josepha Madigan said in a statement.

“Hedgerows are a very important wildlife habitat, providing food, shelter, corridors of movement, nest and hibernation sites for many of our native flora and fauna,” said Ms Madigan.

Ms Madigan said she felt a balance was struck between the need to both protect nature and ensure public safety on the roads. Under the Roads Act 1993 landowners will still be entitled to take “reasonable steps” throughout the year to ensure vegetation is not a hazard to public road users.

Ireland has some 300,000 kilometres of hedgerow that primarily surrounds fields and properties. Only roadside hedges would have been subject to the now-scrapped provisions of the Heritage Act 2018.

The Wildlife Act allows roadside hedge cutting to occur between September 1st and the end of February. During the summer months, hedges sustain nesting and breeding birds and wildlife, and so protections are in place.

Oonagh Duggan, head of policy and advocacy for BirdWatch Ireland applauded the Minister for her “strong statement” in support of nature protection, adding: “It is a good day for nature in Ireland.”

Hedge cutting is the top complaint the organisation receives from members of the public, with people getting “very, very upset” about the destruction of nature, she said.

Had the amendments been introduced, there would have been a “devastating effect” on a number of species, especially late nesting birds like the yellowhammer, which is already a red-listed breed due to its declining population, she said.

Ms Duggan said there remains an issue where people cut hedges under the guise of road safety issues, when in reality, no danger is evident. She called on local authorities to assess the potential danger hedgerows pose in their area, so incidents that falsely cite road safety concerns can be stopped.

Co-ordinator of the Irish Wildlife Trust, Kieran Flood, said the Wildlife Act “already struck a balance” between ensuring public safety and the need to protect nature, and that the proposed introductions were “both unnecessary and dangerous to wildlife”.

Mr Flood said the trust welcomes the announcement and would like to see the department continue to base decisions on the data showing the decline of Ireland’s biodiversity.