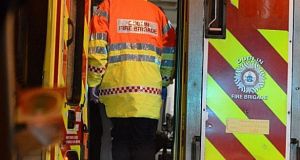 A council spokeswoman said it was committed to the “highest level” of public safety. Photograph: Cyril Byrne/The Irish Times

Dublin Fire Brigade had to reduce its services on Friday due to staff shortages Dublin City Council has confirmed.

One fire appliance had to be taken out of commission because there were not enough rostered fire fighters to crew it and no personnel were available for overtime hours.

Workers’ Party Cllr Éilis Ryan said she was “extremely concerned” about what she said was ongoing understaffing of the city’s fire service.

“The city’s fire service is already at a critical low point because of repeated cutbacks to both appliances and staffing. This is just the latest incident,” she said

“Ordinary occurrences like sickness and holiday leave should be planned for and factored into staffing requirements. Unfortunately, the approach consistently taken by national and local government has been to reduce service levels to a bare minimum so that there is no ability to cope with these normal situations.

A spokeswoman for the council, which is responsible for the fire service, said it was committed to the “highest level” of public safety. But on a number of occasions, she added, the “desired” number of firefighters had not been available for work.

“On a number of occasions the desired operational crewing levels may not be achieved. A long-standing arrangement to supplement these vacancies via non-compulsory overtime exists,” she said.

“However, occasionally full crewing levels may not be achieved because of non-availability of personnel on overtime. Where this happens an agreed process to reduce the impact takes place.”

This agreed process can involve taking fire appliances out of service, she said.

“This action while infrequent is regrettable and is managed to reduce the impact to a minimum.”

Fire Brigade management were in discussion with the trade unions to review the existing staff levels and a new recruit class is undergoing training she said.

However, Ms Ryan said this was insufficient.

“Twenty new recruits is little comfort when we have decades of staffing cutbacks to reverse. It’s almost as if the recession was used as an excuse to drive through cutbacks that those in charge intend to keep in place indefinitely.”