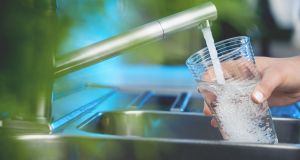 More than 60 private supplies were found to be contaminated with human or animal waste at least once during 2018. Photograph: iStock

The quality of drinking water from private supplies continues to deteriorate, putting the health of one million people in Ireland at an unacceptable risk, the Environmental Protection Agency has warned.

Poorly constructed wells and inadequate monitoring of private water supplies pose the greatest health risk, which is further heightened after periods of heavy rainfall, it warns in its latest evaluation of private supplies.

These supplies include small group supply schemes; many commercial businesses (such as hotels, B&Bs and pubs) and public buildings, including schools, creches and campsites.

The report for 2018 issued on Wednesday confirms the number of cases of VTEC – the most virulent form of E coli bacteria – increased by 22 per cent compared to 2017, while there was no testing on 16 per cent of supplies.

E coli was found in 62 small private water supplies serving commercial buildings or public buildings during 2018. The bacteria can cause debilitating illness and in a small number of cases long-term kidney failure.

Many private supplies are not on the local authorities’ register and those that are were not monitored sufficiently to ensure safe drinking water and protect human health, the report adds. Legal responsibility for private water supplies rests with local authorities and the supplier.

The EPA underlined there is an onus on local authorities to make sure all regulated private supplies are registered. These must be monitored, and audits conducted where monitoring indicates an issue. They must also “require suppliers to take action where contamination is found”.

A supply must be regulated if it supplies more than 50 people or 10,000 litres a day, or is part of a public or commercial activity – single households are exempt.

Dr Tom Ryan, director of the EPA’s Office of Environmental Enforcement said: “We are concerned about the poor quality of drinking water in private supplies serving commercial or public activities such as creches, nursing homes and hotels.”

Where this water comes from poorly constructed wells, there is a high risk of contamination during heavy rain. “It is worrying that many of these supplies are not being monitored, as consuming contaminated water poses a serious health risk to consumers, particularly vulnerable people such as the young or elderly,” he added.

Andy Fanning, programme manager of the EPA’s Office of Environmental Enforcement highlighted the need for regular testing. “With this number of reported cases of VTEC in Ireland, it is more important than ever that business owners and homeowners who use a well for their water supply, get their supply tested regularly, especially after rainfall.”

The report is available at www.epa.ie