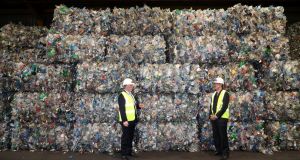 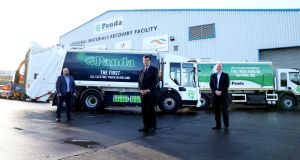 The Panda waste management company will build the centre at a cost of €20 million, and the investment will create up to 100 jobs.

The facility is due to be operational by the end of 2021 and will process up to one billion plastic water and soft drinks bottles a year.

Some 20,000 tonnes of plastic bottles are currently exported to the United Kingdom and Europe for processing. The plant will have the capacity to serve the entire Irish market and eliminate the need to export, according to Beauparc utilities – Panda’s owners.

It is in negotiations with major soft drinks manufacturers to collect, sort and process the material into new bottles, Ultimately, many of these bottles will be collected using zero emissions electric vehicles, facilitating a “closed loop” recycling process, it said.

On a visit to Panda’s recycling facility in Ballymount, Dublin, Minister for Environment Eamon Ryan said the new facility would ensure bottles collected in Ireland would be converted into new bottles within the country. “It’s a win for the environment, a win for jobs, a win for the region and an example of how the green economy can be a source of employment in the future,” he added.

Through the Government’s waste-action plan, a battle was being fought against plastic pollution on a number of fronts, he said, including the introduction of a deposit-and-return scheme and banning many single-use plastic products.

Panda’s introduction of an electric-powered waste-collection vehicle to Dublin streets was another step towards “closing the loop” of the recycling process, Mr Ryan said

The truck will be powered by clean solar energy from panels on Panda’s roof at its Ballymount base, and “will not emit any carbon on our roads and will prevent the emission of further carbon in the production of goods by delivering recyclable material to the facility”.

The use of a fully electric, zero-emission refuse collection vehicle is a first for the municipal waste-and-recycling sector in Ireland. It is also significantly quieter while operating in residential areas.

Panda says it is on track to have its urban fleet fully electric by 2024. The replacement of 30 vehicles in operation within Dublin City would result in a net reduction of 810 tonnes of CO2 per annum, it added. Last year, the company announced an investment in 45 compressed-natural-gas-fuelled refuse trucks for use in rural areas.

Des Crinion – Beauparc’s managing director, recycling – said: “As a nation we are becoming increasingly aware of the need to improve our performance with regard to sustainability, waste generation, plastics and the circular economy. The processing of plastic waste produced in Ireland and its use now to produce new products helps keep precious resources in circular use.”

Panda put in place a plastic-wrap recycling operation earlier this year, part of a three-year strategy towards the goal of recycling all plastic packaging.