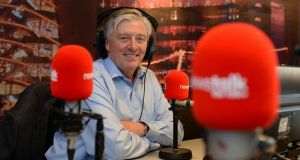 Broadcaster Pat Kenny has stated that he is ‘taken aback by the scale, bulk and size’ of a five-storey nursing home proposed for lands beside his home in Dalkey, Co Dublin. File photograph: Frank Miller/The Irish Times.

Broadcaster Pat Kenny has stated that he is “taken aback by the scale, bulk and size” of a five-storey nursing home proposed for lands beside his home in Dalkey, Co Dublin.

The Newstalk presenter was commenting on plans by Richard Barrett’s Bartra Capital for a 104-bed nursing home on the 1.4 acre Yonder site.

The application comes 18 months after Bartra secured permission for 18 apartments and six houses on the site following a planning battle with locals including Kenny and his wife, Cathy over the scheme. The proposed nursing home would replace the apartment plan.

“I was surprised to see this new application and taken aback by the scale, bulk and size of such an enterprise in an in-fill site in a residential area,” Kenny said.

He said the site is surrounded by 10 householders’ back gardens and what is planned “is the equivalent of dropping a 104 bedroom hospital” into a residential area. He stated that he is “certain” he will be lodging a submission with Dún Laoghaire-Rathdown County Council on the plan.

Documents lodged with the planning application contend that the scheme will have a significantly reduced impact on neighbouring properties than the approved apartment scheme.

As part of a report lodged with the application, Thornton O’Connor Town Planning contends that what is proposed represents a significant investment in an under-utilised infill site providing “a much needed nursing home facility for the area”.

A decision is due on the application in March and if Bartra can still proceed with its apartment plan for the site if the nursing home proposal is turned down.