New development would bring student bedspaces locally to more than 5,500 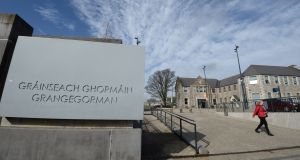 Local residents, councillors and a primary school next to the site have objected to the plan to build the student housing complex near the Grangegorman campus. Photograph: Dara Mac Dónaill

A housing complex for more than 140 students has been proposed for a site close to the Grangegorman university campus, in Stoneybatter, Dublin, previously designated for 40 standard residential apartments.

The five-storey development beside Tommy O’Gara’s pub on Manor Street would bring the number of students living within half a kilometre of the TU Dublin campus (formerly DIT) to more than 5,500, twice the number of permanent residents.

Dublin City Council has raised “serious concerns” in relation to the proposed new development and has ordered the developers to “submit a justification for the provision of student accommodation rather than standard residential accommodation on the site”.

Local residents, councillors and a primary school next to the site have also objected to the scheme.

CSD (Stoneybatter), a developer based in Manchester, wants to demolish the three-storey building which fronts on to the main street in Stoneybatter, and other buildings to the rear, and replace them with apartments for 142 students ranging in height from three to five storeys.

There was, it said, a “chronic shortfall in dedicated student accommodation supply in the region” and a need for “greater diversity of tenure within Dublin”, which the development would address. The proposed scheme would also see the reuse of a key site which had been vacant for years.

The board of management of Stanhope Primary School said the development could deprive the school of adequate daylight and has raised potential “child protection” issues with the complex overlooking its playgrounds.

Local Fine Gael councillor Ray McAdam said while he did not object to purpose-built student blocks in general, there was an over-concentration of student accommodation in the area.

If this scheme is approved by the council it would bring the number of private student bedspaces planned for the area to more than 3,000 in addition to the 2,500 permitted on-campus at Grangegorman. Census data shows that about 2,600 residents live within 500m of the campus.

“I ask the planning department of Dublin City Council to review its consideration of when oversaturation of a specific type of development in one particular district or part of the city has been met,” Mr McAdam said.

Green Party councillor Ciarán Cuffe said the application proposed placing a “significant amount of development into a very restricted site”. He raised concerns about “overcrowding” on the site, and the potential loss of pre-20th century buildings.

Several local residents have lodged objections to the development, including the residents of nearby Kirwan Street. They noted there were a large number of student complexes proposed for the area which were all being assessed on an individual basis “with little consideration of the overall composition of the area”.

The council has told the developer it has “serious concerns” in relation to “unacceptable levels of overlooking” of the primary school. It has also directed a map be submitted showing all student accommodation facilities within 1km of the site along with a justification for building student accommodation rather than standard residential accommodation.