Proposed Limerick and Meath developments were opposed by environmental groups 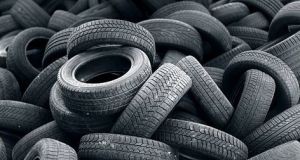 The Mungret decision has been criticised by Limerick Against Pollution, which was critical of a proposal to burn used tyres in kilns used in the manufacturing process at an oral hearing last September

An Bord Pleanála has granted permission for replacement of fossil fuels use at two of Irish Cement’s manufacturing facilities – at Mungret on the outskirts of Limerick and at Platin, Co Meath. Both proposed developments were opposed by environmental groups.

The Mungret decision has been criticised by Limerick Against Pollution (LAP), which was critical of the plant’s environmental record and a proposal to burn used tyres in kilns used in the manufacturing process at an oral hearing last September. The decision upholds permission granted by Limerick City and County Council to allow the €10 million project to proceed.

These two positive planning decisions pave the way for further reductions in fossil fuel-use in our business, and will help the factories to reduce their CO2 emissions

An Bord Pleanála ruled the Limerick development was situated in an established industrial area, and “reasonably removed from nearby sensitive receptors”.

The development “would not seriously injure the amenities in the area or of residential and other property in the vicinity, would not be prejudicial to public health, would be acceptable in terms of traffic safety and convenience, and would be in accordance with the proper planning and sustainable development of the area,” it said.

An Irish Cement spokesman said: “These two positive planning decisions pave the way for further reductions in fossil fuel-use in our business, and will help the factories to reduce their CO2 emissions.”

He said switching away from fossil fuels was essential to ensure the long-term viability of the Mungret factory, which was currently the only cement factory in Ireland totally dependent on fossil fuels and one of the last in Europe not to be availing of alternative fuels. Replacing fossil fuels in cement factories was standard practice throughout Europe, and permitted under EU, national and regional waste-management policies.

The company said at an hearing in November that Irish Cement’s plans to increase the amount of alternative fuels used in Platin was not a move to develop a waste incinerator. It has been using up to 120,000 tonnes a year of residual waste including textiles, plastics and wastepaper to fire its kilns there, and was seeking permission to increase the volume of waste to up to 600,000 tonnes.

Claire Keating of Limerick Against Pollution said they were disappointed with the outcome as it would allow Irish Cement to burn an extensive list of industrial wastes at the Mungret plant.

“While we are somewhat gratified Irish Cement have been denied permission to burn 16 out of 114 categories of hazardous industrial wastes, we feel the dioxin and arsenic risks of burning tyres, plastics, solvents, animal waste tissue and red mud from Foynes has not been adequately addressed.

“We strongly disagree with the board’s opinion that there is no risk to public or residential amenity considering that planning has been granted for at least 700 new homes under the plume of the factory and six schools are now operating within sight of the plant.”

She confirmed the campaign group was taking advice on next steps it might take.

Limerick Fianna Fáil TD Willie O’Dea, who opposed the development, said “a number of options” were still open to residents, which he said he “will help them pursue”. He said it was now in the hands of the EPA, who could decide not to grant Irish Cement a licence.