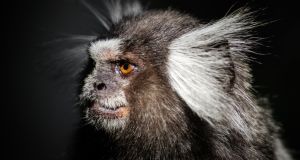 Authorities refused permission for a fighting cock to be brought into the State. All photographs: Getty

A marmoset, a fighting cock and a pygmy hedgehog are among the animals authorities refused to allow into Ireland in the past year-and-a-half.

Individuals have also been prevented from bringing a Savannah cat, a ring-tailed lemur, racoons, a Korean squirrel and a red-eared slider turtle into the State since 2016, records released by the Department of Agriculture under the Freedom of Information Act reveal.

“Generally owners of less common, or exotic, pets email the Department requesting information as to whether their pet can be brought into Ireland,” a spokeswoman said.

“There are a number of requirements in relation to importing animals to Ireland, depending on the species and the country of origin,” she added. “To the best of our knowledge, there have been no seizures of exotic animals at Irish ports in recent times.”

The ISPCA said it has encountered a number of instances where people have been keeping exotic animals as pets. “A lady in Leitrim had two bears in her shed,” said ISPCA chief inspector Conor Dowling. “Another guy in Dublin had a jaguar.”

The person recently hoping to bring the fighting cock into the State ran afoul of EU regulation 139/2013 which regulates the importation of birds from third countries into Europe. In this case the bird’s country of origin was not approved.

The Savannah cat, a hybrid of a domestic cat and an African serval, was refused because the EU regulations cover the movement of domestic cats only.

Authorities refused the ring-tailed lemur, a type of primate endemic to the island of Madagascar, and the marmoset, one of a number of species of South American monkey, because the importation of primates is restricted solely to a body, institute or centre approved by the competent authorities of EU member states.

The Korean squirrel, African pygmy hedgehog and red-eared slider turtle – the most popular type of pet turtle in the United States – were considered to be non-harmonised.

“For non-harmonised species, member states are allowed to have national rules and one of ours is that we do not allow the importation (from third countries) of animals listed on the invasive species list,” the department said.