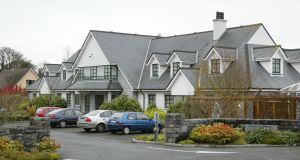 A Galway environmental group intends to appeal planning permission granted for a hospice within one of the city’s oldest “green lungs”.

Galway City Council has granted permission for the hospice in Merlin Woods, several months after an application was lodged.

The 18-bed hospice in Renmore, which has been Galway’s primary palliative care provider for the past 20 years, has been seeking more space, while continuing to provide homecare and daycare services for more than 730 clients.

Galway City Council’s own planning department had previously advised an alternative location, arguing that the site had “high environmental and amenity value, significant biodiversity, characteristics of protected habitats and high diversity of flora and fauna”.

However, a majority of city councillors agreed to a revision in the draft city plan to facilitate development on an area zoned for recreational and amenity use.

The hospice said the Health and Safety Executive agreed to sell the site to it in 2015, but the transfer was dependent on planning permission being secured.

Galway Hospice Foundation chief executive Mary Nash said earlier this summer that the Merlin Park site met all the requirements of a “homelike environment”, with access to outside space, while being in close proximity to an acute hospital.

She said the new hospice – with 10 more beds than planned for two years ago – would allow for the treatment of more patients in response to increased demand. The hospice had no comment to make on Wednesday.

Friends of Merlin Woods spokeswoman Caroline Stanley said the group was very disappointed and would lodge an appeal.

The community group represents many nationalities living in new estates in the suburbs of Doughiska and Roscam, bordering the woodland around Merlin Park University Hospital. Population in this area is set to expand from 30,000 to 60,000.

Ownership of the woodland is split between the HSE and Galway City Council, and the area to be developed is an Annex 1 lowland haymeadow and orchid-rich meadowland on HSE property, with red squirrels, 18 species of butterfly, five species of bat, the short-eared owl and a Burren-type limestone pavement within its wooded areas and meadlowlands.

Ms Stanley said the group’s issue was not with the hospice, but with councillors who had rezoned the area in spite of opposition from many local people, environmentalist and community groups.

The group fears the move could set a precedent for further development on the city’s eastern boundary.

“ Destroying nature to be close to nature is something we feel is counterproductive, and by building on it you are removing the natural value which draws people to it,” Ms Stanley said.

“This is a backward step for Galway at a time when science shows us the value of these areas for our health , the importance to all for both mental and physical health,”she said.

“ With proper planning and building within the hospital grounds on the available 84 acres, land zoned for this purpose , everybody could have benefited and worked together, enjoying nature and protecting it into the future,” she said.