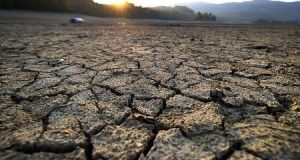 US federal regulatory rollbacks have increased the attractiveness of investing in the dirtiest fossil fuel projects globally, while the US withdrawal from the agreement “has created moral and political cover for others to follow suit”

Three years after the Paris agreement on climate change was agreed, the annual gathering of 195 signatory countries was scheduled to finalise a rulebook for delivery and to push on with implementation.

The framework is the annual conference of the parties known as the COP; in this case COP24 in Katowice, Poland, which opens on Monday.

Governments in climate denial – under-delivery from the committed, and chilling scientific reports confirming the scale of damage to the planet from climate change– have diffused optimism.

The recent UN Intergovernmental Panel on Climate Change report demonstrated the vulnerabilities, impacts and risks of further global warming. This is against a background of record global temperatures, rising emissions, accelerating extreme weather events and time running out to stave off worst-case scenarios.

Parties are likely to agree on rules under the agreement; the US excluded. This relates not only to promises by individual states set for 2025 and 2030, but also long-term goals.

The view that US president Donald Trump’s distinct brand of climate denial can be circumvented by the actions of committed US states and corporations is, however, countered by Institute of International and European Affairs (IIEA) analysis published on Monday which finds the “Trump effect” is slowing down the pace of global decarbonisation.

Its author, IIEA research fellow Joseph Curtin, warns against downplaying the very real damage caused by it, but also against prematurely drawing defeatist conclusions about the future of the agreement.

“While the agreement may be taking on water, it is a mistake to suggest that it is about to sink, or that all parties are failing to live up to their commitments,” he said. “The agreement can resist the Trump effect – it was designed to be resilient – but in the medium and longer-term it will be weakened unless the factors underpinning President Trump’s decision can be addressed in the US.”

US federal regulatory rollbacks have increased the attractiveness of investing in the dirtiest fossil fuel projects globally, while the US withdrawal from the agreement “has created moral and political cover for others to follow suit”, it adds.

Russia and Turkey have abandoned plans to ratify, while Australia has rolled back measures to comply with the agreement. Brazil was due to host COP25 next year but pulled out in recent days, which is being interpreted as a sign of president-elect Jair Bolsonaro’s impending war against climate action.

US withdrawal has also severely damaged goodwill at international negotiations, “a vital ingredient for future progress”, the IIEA concludes.

It was hoped national efforts to meet Paris pledges would catalyse faster deployment of green technologies, leading to economies of scale, reduced technology costs and positive spillovers all countries could benefit from. “This was supposed to open up space for parties to take on increasingly robust commitments every five years,” Curtin adds.

Denying the importance of the Trump effect is a mistake, the report concludes, “but it is also a mistake to suggest the agreement is in crisis, or worse still, that all parties are failing to live up to their commitments”.

The EU is determined to ramp up ambition and to be seen as the global leader in climate change. It has unveiled its plan to be the first major economy to go “climate neutral” by 2050 – which means any greenhouse gases emitted need to be soaked up by forest growth or new technologies removing carbon from the atmosphere. Combustion engine vehicles are to be phased out and fossil fuels cut to zero.

Decarbonisation targets will be much more demanding and reliance on technological solutions more pronounced through “negative emissions” technology – essentially use of bioenergy combined with carbon capture and storage (BECCS).

This amounts to an attempt to keep global temperature rise to within 1.5 degrees above pre-industrial levels. It comes with recommendations rather than targets, but it is clear the plan will be a big part of the COP24 agenda.

Critically for Ireland, it flags more onerous targets when the country is locked into a rising emissions trajectory. In spite of a raft of policy measures adopted to address this, next week’s Climate Change Performance Index is likely to confirm our laggard status.

The EU approach “makes sense for now”, according to Erica Hope of the European Climate Foundation. Big things need to happen, she said in Dublin recently. But with uncertainty and lack of common purpose, she couldn’t help thinking of Brexit. The backdrop is “real world progress is not where it needs to be. There is clearly an emissions gap”.

A core of EU countries, notably Sweden, Portugal and Denmark, strongly favour scaled-up ambition. Ireland may have flagged greater ambition but performance does not tally with that. Others with coal or diesel emissions issues regard climate action as a nuisance.

New EU governance regulations require member states to set out how they are going to pursue decarbonisation up to 2030 in the form of national energy and climate plans, “when there is every chance these won’t add up to what the [overall] EU ambition will be”, Hope said. There is also unfinished business on agriculture, aviation and shipping emissions.

Action Aid has spelt out COP24 requirements from a climate justice perspective. Rich countries must deliver on a promised $100 billion per year for climate action in poorer countries as keeping to 1.5 degrees can only be achieved through countries delivering their fair share of reductions in national emissions.

“Rich countries have done most to cause climate change, yet currently poor countries are doing more than rich countries to reduce their own national-level emissions.” it added.

It feared BECCs would require so much land to grow tree plantations for bioenergy it would lead to widespread hunger and deforestation. “And the fact is that this process is not even carbon neutral. It will not halt the rise in global warming.”

Those concerned about lack of concrete actions at a time of great urgency hope the “Talanoa Dialogue” adopted at COP23 will compel countries to come forward with pledges to ambitiously increase current mitigation and finance targets, and communicate such improvements by 2020; thus sending a signal to other states to accelerate climate action in spite of patchy progress so far.