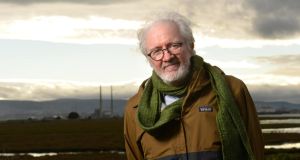 There is a perception that politicians who manage to reach high office will do whatever it takes to stay in power. What appears to set Malcolm Noonan apart from most, then, is his apparent willingness to pack it all in if necessary.

The long-time environmental activist was handed the would-be keys to the animal kingdom last July when he was appointed Minister of State for Heritage, which includes the area of biodiversity, after being elected back in February.

The former director of Friends of the Earth Ireland is now responding to complaints about environmental matters rather than making them.

“Yeah, I would,” the Carlow-Kilkenny Green Party TD says without a beat when asked if he would hand the keys back and return to frontline activism.

“I have always felt that what I have been doing all my political and campaigning life is just trying out different avenues to effect change, and if I at some point just feel I’m not making progress in the political sphere, or I get unceremoniously booted out by the electorate, I would continue to go and do that.”

For now, though, that work comes in the form of policy and political manoeuvring, and Noonan seems eager to rise to the challenge.

The world, however dazed by the pandemic, is in the grip of an environmental catastrophe and a frantic race to stop it from being the disaster forecast.

Noonan now faces pressure from former colleagues and friends in the NGO sector as well as a nascent wing of young environmentalists inspired by Swedish teen activist Greta Thunberg.

“It’s really welcome pressure,” he says. “I think we need a strong civil society hammering on our doors and holding us to account. I feel in many ways it’s good that I come from that sector because I have seen it from outside the gates and now  inside.”

Among the first major steps in Noonan’s stewardship is a review of the National Parks and Wildlife Service (NPWS), which he accepts is under-resourced.

There are about 350 staff and he is set on adding more rangers and ecologists. The service was funded to the tune of €29 million in the last budget, far short of the €100 million pledged by various political parties before the election.

“We do need to build this [funding] up. But there is a danger in trying to do that in one fell swoop. The review is important in terms of finding out where the gaps in resources are.”

Likely to include both an internal “warts and all” analysis and later input from environmental stakeholders, the process could be concluded early this year, which would clear the way for the real work to begin. A new national biodiversity plan is due to come in late 2021.

“We were hoping that we could establish a citizens’ assembly on biodiversity in the run-up to that to help inform [it],” he says, with another nod to public buy-in.

But his tenure comes in challenging times. In October a report by the Irish Wildlife Trust (IWT) said some of Ireland’s most important protected marine habitats were experiencing “serious deterioration and in some cases outright destruction”.

Much of its data came from NPWS surveys. Biodiversity and natural habitats are where Noonan’s heart belongs – in terms of species he has a soft spot for badgers, while in habitat conservation it is the river Nore in his native Kilkenny, where he grew up fishing.

He believes agriculture remains “a significant challenge” but that financial incentives should be used to aid progress.

“The next round of Cap [EU Common Agricultural Policy] is critical,” he says. “We need to reward farmers as custodians [of the environment], and farmland as carbon sinks and for biodiversity enhancement.

“We have to work collaboratively with the farming community to achieve the higher level objectives. Particularly on this side of the country on the east, and particularly down [on the] intensive dairy side of it.”

Noonan may be comfortable with the notion of leaving politics but there is no indication of any desire to do so yet. He seems buoyed, almost energised, by the growing public interest in protecting the planet.

“From the point of view of the biodiversity and the nature agenda...I have noticed a marked increased awareness among the public because of Covid,” he says.

“Because of those restrictions and people’s [restricted] movements there was a perception that there were more birds singing. It wasn’t that – they could just hear them.”