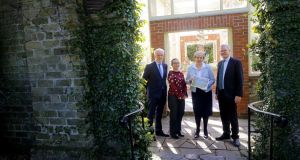 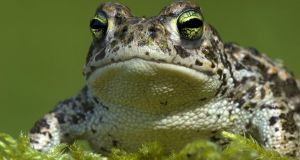 More than 90 per cent of Ireland’s protected habitats, such as grasslands and peatlands, are in “bad or inadequate condition”, according to a major biodiversity report published on Thursday.

Prof Yvonne Buckley, chair of the National Biodiversity Forum, which contributed to the report, said more than a quarter of Ireland’s breeding birds were declining, with 37 species – or 20 per cent – of all regularly occurring bird species placed on the Birds of Conservation Concern in Ireland Red List.

A third of Ireland’s wild bees are also under threat of extinction, she said.

Prof Buckley outlined the trends at the announcement of the State’s third National Biodiversity Action Plan at the National Botanic Gardens in Dublin.

The plan, published by Minister for Heritage Heather Humphreys, sets out 119 actions to protect and enhance the Irish landscape and all forms of life it sustains over the period 2017-2021.

Declines in rare species such as the freshwater pearl mussel, fish such as the sea lamprey and twaite shad, birds such as the curlew, and the natterjack toad, were symbolic of wider problems in the Irish environment, Prof Buckley said.

“These species are like the canary in the coal mine. If river water is not clean enough to support healthy populations of freshwater pearl mussels, is it clean enough for us?”

Ireland needs substantial action to maintain and restore the quality of “our natural capital”, she said. “Agriculture, forestry, fisheries, peat extraction, air and water pollution, climate change and invasive species are all significant threats and need to be addressed.”

Previous national biodiversity action plans had led to greater focus and accountability for biodiversity conservation, Prof Buckley said. The next four years would see “consolidation of gains and refocusing of efforts on priorities such as whole of government engagement; empowerment of local community efforts; and the mainstreaming of biodiversity and natural capital in business reporting and accounting”.

Ms Humphreys said Ireland was fortunate “to be surrounded by an abundance of nature” and that this natural heritage “supports our livelihoods and enriches our lives on a daily basis”.

In spite of the positives of valuable natural resources, she admitted biodiversity was “under considerable pressure with over 90 per cent of EU-protected habitats in Ireland reported to be in poor status”.

Challenges including, for example, intensive agriculture and the needs of an increasing population would require continuing actions, Ms Humphreys said.

“All sectors of society need to be engaged for the plan to be a success. Local government and local community involvement, in particular, is crucial.”

The Minister stressed that work needed to continue on an all-island basis. “Biodiversity knows no borders and we will continue to work with our colleagues in Northern Ireland towards the protection of our shared resource of wildlife.”

Ms Humphreys said that “globally, biodiversity is declining, and despite increased awareness and efforts to halt its loss, it remains threatened by human activities worldwide”.

Ireland has some of the most precious and unique habitats in Europe that sustain species ranging from tiny plants like petalwort to the huge humpback whale.

They are listed for protection because they are recognised to be under threat at EU level; they are of importance far beyond our shores. The latest evidence is that far too many of them are in decline.

Ecosystems provide “essential services” such as clean water, waste processing and climate regulation. If freshwater habitats are not clean enough to support healthy populations of once-thriving species it sends a stark warning to the wider population.

A fragile Irish landscape needs a strategic all-Ireland approach not only to preserve its wellbeing but to restore and enhance it effectively. This is needed to protect wildlife, fauna, flora and waterways.

Take alien invasive species; a high degree of co-ordination is needed to counter their unintentional introduction. “Invasive Species Ireland” used to be an all-island portal to disseminate information but was closed due to lack of funds.

Co-ordination is needed too in tackling “invasives” when they become established here, such as Japanese knotweed which is to be found in every county. The American mink can wipe out local populations of breeding birds, some of which are already under threat already due to habitat loss.

A lack of engagement

Two previous national biodiversity action plans achieved better focus and outcomes on the issue. But a lack of public engagement on the need to promote biodiversity was an obvious failure.

There is a strange disconnect as natural capital underpins the economy.

Zoologist Yvonne Buckley noted at the launch of the latest plan: “Like money in the bank, if you fritter it away it’s gone for good. If you invest wisely and, like roads and ports, if you renew and repair your natural capital it will continue to provide life support systems and economic return.”