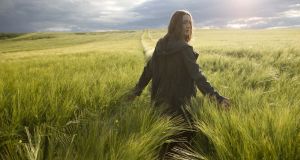 The Irish Wildlife Trust (IWT) has called on the Government to scrap its “Origin Green” certification scheme on the basis that “some of the country’s worst polluters are among those certified” under the project.

In its quarterly “name and shame” list of worst performers for compliance in environmental regulations, the Environmental Protection Agency last week listed three companies from the dairy sector.

Origin Green claims to be “the only sustainability programme in the world that operates on a national scale, uniting government, the private sector and food producers through Bord Bia”.

In a statement, IWT campaigns officer Pádraic Fogarty claimed Origin Green was a marketing label promoted by An Bord Bia, while the agri-food sector was responsible for “the principle pressure on water pollution, habitat loss and greenhouse gas emissions in Ireland”.

He added: “It’s time that Origin Green was exposed for the sham that it is and [it] should be scrapped. Instead of being a tool to promote better environmental performance it is simply a smokescreen for ‘greenwashing’ the significant environmental problems which we face.

“The imminent extinction of the curlew, for instance, can be directly linked to Fine Gael’s massive agricultural expansion programmes, something which Origin Green does nothing to address,” Mr Fogarty said.

“Marketing initiatives, such as Origin Green, significantly hinder efforts at environmental protection by creating the false impression that all is well in the countryside.”

Department of Agriculture figures show An Bord Bia received €32.5 million in public money for the marketing of Irish food in 2016, “something, which leans heavily on our supposedly ‘green’ credentials”. In contrast, Mr Fogarty noted, the National Parks and Wildlife Service, the body which manages natural heritage, received €13.5 million in 2015, the most recent year for which a figure was available.

In response to the criticism, Bord Bia said it planned to meet the EPA this week to discuss the findings in relation to the food companies on its compliance list “in more detail”.

A spokeswoman added: “Bord Bia will continue to work with the agri-food industry to ensure they comply with, not just the targets set out by Origin Green, but all legislative requirements including environmental standards required and enforced by the EPA.”

BirdWatch Ireland’s assistant head of policy Oonagh Duggan said it had repeatedly warned the Government of the reputational risk of claiming that Irish agriculture was sustainable “when it isn’t” .

“The revelations in relation to the EPA list of worst polluters doesn’t come as a surprise,” she said. “We have continuously engaged with the Department of Agriculture and Bord Bia and stressed the Government’s agricultural policies are not compatible with environmental protection. Origin Green needs targets and indicators of sustainability to underpin its claims,” she said.

These indicators should include the status of farmland and upland bird species, water quality and greenhouse gas emissions, she said.

The Government-backed Heritage Bill, which will soon be debated in the Dáil, was actively undermining environmental protection and the Government’s own sustainability claims within Origin Green, she added.

“Instead we need strong Government policies and, crucially, funding backing the environment including our uplands and hedgerows.”