Seven companies named and shamed by EPA for breaches 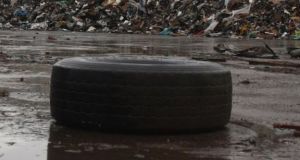 Companies giving rise to persistent odour, noise or dust emissions problems are named and shamed by the EPA.

Seven industrial and waste companies have been named by the Environmental Protection Agency on its latest list of worst offenders for breaching environmental regulations.

Five of these companies are in the dairy or food sector, and four on the list are based in Co Cork.

In July, the EPA introduced a name and shame list of the most non compliant sites among the 800 companies it regulates under licence. Companies giving rise to persistent odour, noise or dust emissions problems are highlighted.

The seven cited companies as of the end of September were:

When companies are put on the list they are subject to increased inspections and monitoring.

Under a new rating system points are allocated to sites based on data such as complaints, incidents and non-compliances with the terms of their licences over the previous six months. Sites over a threshold are classified as “National Priority Sites”, and are then targeted by the EPA for further enforcement.

EPA director general Laura Burke told the Environment Ireland conference this week the agency was using enforcement to target environmental improvements where they were most needed. “Just five out of 800 EPA-regulated sites accounted for over half the complaints received this year,” she added.

Three sites have come off the previous list of five offenders following improvements in compliance. These are: Irish Cement in Mungret, Limerick; Rosderra Irish Meats Group in Edenderry, Co Offaly and Tipperary Creamery Co-op in Tipperary. T&J Standish Ltd and the Arrow group were also on the July list.

The EPA said the list would be updated quarterly and published on its website “in the same way that we update and publish the more established ‘remedial action list’ for drinking water. Further details of the NPS findings are at: