Opinion: We should make undergraduate provision free in our institutes of technology 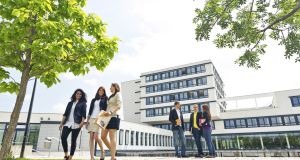 We should seek to guarantee free undergraduate provision to all students who seek it within the walls of institutes of technology, says Prof Tom Collins.

Recent political events in the UK, US and France call attention to the risks of the neglect of higher education.

In the case of the Brexit vote, for instance, the higher the level of education, the higher the EU support with university graduates. In fact, only three of the 35 areas where more than half of residents had a degree voted to leave the EU.

With regard to the US, the internationally renowned author, Richard Florida, argues that education has replaced culture as the central fault line in American politics.

In the case of the recent presidential election, he shows that Trump fared best in states with a lower density of university graduates; with a higher rate of gun deaths; with lower levels of trade unionisation; and with lower life expectancy.

In the French elections some days ago, the same pattern emerged. As the Financial Times put it: “Education seems to be the strongest predictor of the Macron vote; the higher the number of people with a university degree in an area, the stronger the vote for the candidate . . . the reverse holds true for Le Pen, who gained most votes in areas where the level of education was relatively low.”

The growing disenchantment with the European project is sometimes attributed to a destructive re-emergence of a narrow nationalism. The primary problem, however, is more likely to be one of class than of nationalism.

Poor and poorly educated people have become disillusioned with Europe. This is in marked contrast to the recession of the 1980s where in Ireland and the other peripheral European states, Brussels took an active, public and crucial role in addressing the education and training shortfalls which were at the root of long-term unemployment and persistent poverty.

There is little evidence of such a benign European presence in the lives of its poorer citizens today.

It is likely that if Europe had continued to play the role of educational benefactor to poorer communities in the UK in recent years as it did in Ireland in the 1980s, the Brexit decision might have been different.

The returns on investment are not, therefore, purely private; they are also public, political and social.

In the case of Ireland it is a critical part of the attractiveness of the country to mobile foreign direct investment and has underpinned the economic recovery of recent years.

An Oireachtas Committee is now looking at the recommendations of the seminal Cassells’ report, Investing in National Ambition – A Strategy for funding Higher Education (2016).

In their respective presentations to the committee, the university presidents expressed a preference for income-contingent loans, through which the student would borrow on entry to higher education and repay the loan at some stage later in life on arriving at a particular income threshold.

The institute presidents, however, raised concerns about such an approach.

They worried about the impact such borrowing might have on participation rates, especially of non-traditional students; on the potentially regressive impact of the withdrawal of State grants for tuition fees on students from disadvantaged backgrounds; on the equity of a common course fee structure which failed to take into account the differential earning potential of different higher education routes.

They also expressed concern on the ideology of transferring a State cost onto the shoulders of the student and – in the light of recent work by the economist Charles Larkin – on the commercial experiences of income-contingent loan systems abroad, especially in the UK.

As the English playwright Alan Bennett recently put it: “I don’t claim to know how higher education should be paid for; all I know is that it’s morally wrong to expect students to get into debt.”

Not all would accept Bennett’s contention. Student debt may represent a good investment decision if it enhances future earning power. It may be particularly attractive to some high-earning disciplinary areas or at postgraduate level.

What is troubling about it, though, is the expectation that so much of the higher education system would be underpinned by it.

Advocates for income-contingent loans point to the “three-legged stool” of State, business and the student as the funding sources of higher education.

This analogy is overly simplistic. Irish higher education institutions and disciplines are highly stratified, especially in social class terms. In failing to recognise these differences, treating all students the same merely reinforces the differences.

Given these concerns, it may now be necessary to look at a mix of approaches to the sustainable funding of higher education.

At current participation rates up to level eight honours degree, the net annual additional cost of such a commitment would be about €130 million – a minuscule figure in the context of the overall education spend.

Fees would continue to be applied in universities, which would be free to set their own fees within regulated disciplinary bandwidths. All postgraduate courses, whether in institutes or universities, would carry a fee.

Larkin’s work shows that income-contingent loans can work in systems that are smaller than Ireland’s or in those that are much bigger.

Is it possible that they could be applied to the fee-based component of higher education, thereby freeing up additional resources to the free component?

The institutes have been the major players in extending participation and access to those who would not in the past have been in an economic position to attend third level.

They can build on this role through a very small additional injection of resources.

They can re-commit to the social part of the brief they have already carried with distinction up to this by taking on the role of Ireland’s civic universities with a guarantee of free undergraduate provision to all students who seek it within their walls.