Steep rise in rates of anxiety and depression among young 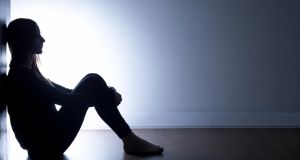 Rates of anxiety and depression are on the rise among young people, according to the largest ever study of mental health among Irish teenagers and young adults.

The research, which captures the views of more than 19,000 young people aged between 12 and 25 years, also finds that teenagers who spend three hours or more online daily are more likely to be miss out on sleep and have higher rates of anxiety and depression.

The study was carried out by the UCD school of psychology and funded by Jigsaw, the national youth mental health service, and follows up on a similar study carried out in 2012.

It finds that since the last study the proportion of adolescents (12-18s ) reporting severe anxiety has doubled to 22 per cent, while levels of severe anxiety in young adults (18-25s ) have increased from 15 per cent to 26 per cent.

Levels of self-harm are significant across the adolescent and young adult age groups, with two in every five young adults having self-harmed.

On a positive note, numbers of young people drinking alcohol, being bullied in school and stressing about finances have dropped.

The study found there has been a drop in levels of self-esteem, optimism and life satisfaction, but the number of those getting help from supportive adults in their lives has increased.

While the amount of time spent online is a concern for some young people, the research also notes that young people are predominantly using social media to enhance and continue friendships and relationships that they have made offline.