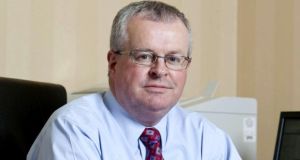 Paul O’Toole, chief executive of Solas, is to head the Higher Education Authority.

The chief executive of Solas, the State body with responsibility for further education and training, has been appointed as the new head of the Higher Education Authority (HEA).

Paul O’Toole takes over the authority from Dr Graham Love, who resigned amid claims within the agency that it was being “micromanaged” by the Department of Education.

Mr O’Toole was appointed as chief executive of Solas on its establishment in October 2013.

It took over the functions of Fás, the State training agency, which was dissolved following a series of spending scandals.

Mr O’Toole is a former chief executive of Tourism Ireland and general manager of Bord Fáilte.

The HEA has responsibility for a sector which has suffered from underinvestment over the last decade.

It is also an area which has come under close scrutiny by the Dáil’s Public Accounts Committee over recent months.

Dr Graham Love, who was appointed as HEA chief executive in January 2017, is due to leave the authority this month.

However, there had been growing concern and frustration at senior levels of the organisation over what some saw as the authority’s lack of independence from the Department of Education.

Some claim proposed reforms for the higher education sector had either been stymied or delayed, while others said key reports or announcements have been “sat on”.

Options for developing a future funding model for the higher education sector – outlined in the Cassells report, which was published more than two years ago – have also not been acted on.

The Government, however, insists that it has provided an extra €100 million for the sector over the past year, along with a multibillion-euro capital investment plan.

In a statement released last August, Dr Love said that he was resigning as chief of the authority “with regret”.

“The HEA makes a valuable contribution to higher education in Ireland, ” he said.

“In my brief tenure, I have endeavoured to make strategic development a core element of HEA activities. I wish the organisation every success in the future.”