Will Brexit affect my fees if I study in the UK next year?

Ask Brian: Existing fees are set to remain in place for the 2019-20 academic year 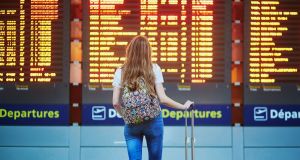 Brexit costs: the effect of the UK’s departure from the EU is an issue for Irish students contemplating submitting Ucas applications. Photograph: iStock

I’m hoping to study a course in the UK next year. Given the growing uncertainty over Brexit, and the potential impact on course fees, I’m not sure whether to press ahead with my plans. Can you offer any advice?

This question is causing much anxiety to the diminishing group of Irish students who are contemplating submitting an application to Ucas, the UK equivalent of the CAO, prior to the closing date of January 15th.

Since England became the most expensive country in the EU to study for a degree – at £9,250 (almost €10,500) per year – a few years ago, the number of Irish applicants has plummeted.

The recent removal of an NHS subsidy for nursing and other paramedical courses, which had covered the fees of Irish students in the UK, has diminished its attractiveness further.

However, there is still huge interest among a small cohort of Irish students in securing places in world-class universities. Louise Richardson, the Irish-born vice-chancellor of the University of Oxford, said recently that they have 260 Irish-registered students.

About 500 Irish students secure places in Scotland annually. They are particularly fortunate as the Scottish government has a policy of free third-level fees for Scottish students; while those from outside pay the fees they would have paid in their home country.

As Irish students pay a €3,000 registration charge rather than a fee, they remain fee-free in Scotland.

A further 500 Irish students – mainly from Border counties – currently study in Northern Ireland third-level colleges, where fees are about £4,000 each year.

Similar fees are charges by Welsh universities to the small number of Irish students who attend.

To clarify matters Minister for Higher Education Mary Mitchell O’Connor visited London in late September to discuss the situation of Irish and UK/Northern Ireland students considering application to study in each other’s territories after Britain is due to leave the EU next year.

She said her UK equivalent gave a “clear and comprehensive commitment” to maintain the existing fee structure for 2019-2020 for those Irish students wishing to pursue their higher education study in the UK.

All devolved administrations – England, Scotland and Wales - have issued statements confirming the continued application of the EU fee regimes for EU citizens for 2019-2020.

In the case of Northern Ireland, as there is no devolved administration there is a commitment from the UK’s department of the economy, which has responsibility for higher education, to maintain the existing status.

In effect this means the “as is” situation will continue for a further academic year, pending the conclusion of the common travel area discussion between Ireland and the UK.