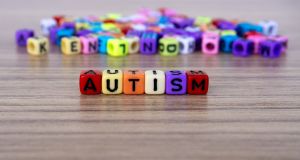 The extra cost to families for a child with autism runs to more than €28,000 annually due to the expense of private therapy, lost income and informal care, according to a new study.

The extra cost to families for a child with autism runs to more than €28,000 annually due to the expense of private therapy, lost income and informal care, according to a new study.

The research by NUI Galway indicates that families whose children were more severely affected and those with more than one child affected faced significantly higher costs.

It also estimates that, on average, a child with autism benefits from about €14,000 of State-funded services .

The study indicates that 15 per cent of young people with autism spectrum disorders in the survey were from lone parent families who faced particular challenges in meeting their children’s needs.

The study was based on a national survey undertaken by NUI Galway in collaboration with staff from Queens University Belfast’s centre of public health and was funded by the Irish Research Council and Autism Ireland.

The research is based on more than 200 children aged between two and 18 years of age with a clinically diagnosed autism spectrum disorder in 2014/2015.

The study was published this week in the international journal, Autism - The International Journal of Research and Practice.

Professor Ciaran O’Neill, adjunct professor of health economics at NUI Galway and co-author of the paper, said: “The study provides valuable insights into a neglected area of research. The findings should spur policy makers in Ireland to rethink the support provided to children with ASD and their families.”