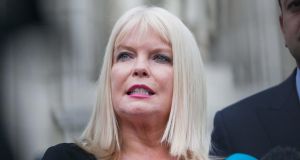 Minister of State for Higher Education Mary Mitchell O’Connor: ‘It should be possible to embed sexual consent education within the student experience’ Photograph: Gareth Chaney/Collins

Sexual consent classes for students should be embedded across all third level colleges, according to the Minister of State for Higher Education.

Mary Mitchell O’Connor told a forum of higher education representatives that she was “appalled” at the prevalence of sexual harassment and assault among students.

A recent study by NUI Galway indicated that about 70 per cent of women and 40 per cent of men reported experiencing some level of sexual hostility by the end of their third level studies.

While sexual consent classes have been adopted by some colleges or students’ unions, they are usually on a voluntary basis.

Ms Mitchell O’Connor said: “While we have good practice in some colleges, it is important that all institutions integrate a proactive approach in their college policies.

“ It should be possible to embed sexual consent education within the student experience - in the same way as institutions would do with other aspects of orientation.”

She said her “mind was open” on whether they should voluntary and mandatory.

“I was there to listen to institutions, students, health care professionals and leaders in the field of consent. It is my job to examine all the propositions and put in place a national framework for safe higher education campuses,” Ms Mitchell O’Connor said, after the event.

The forum, which was closed to the media, heard of a range of different programmes which are being used in universities and higher education institutions to help tackle the problem.

Ms Mitchell O’Connor said many of the 40,000 students who enter our third level sector do not appear to be as sensitive as they ought to be over the impact of drinking and drugs on the capacity to give consent.

“This is an incredibly serious issue... We all have a duty of care to our students, to protect them from sexual harassment, assault and safety from the fear and threat of it.”

Speaking after wards, Union of Students of Ireland (USI) president Síona Cahill told the forum that higher education institutions need to do more to lead on the issue.

“They are not taking responsibility for data collection or dealing with reporting structures, which is very disappointing,” she said.

“It’s about time that they face the facts and actually do something. It can’t be left to students’ unions and good-willed academics; institutions need to to fly the flag on this.”

Damien McClean, USI’s vice-president for welfare, added that the union supported non-mandatory consent workshops, along other pedagogical approaches, as well as training for staff and students in positions of responsibility to support victims.

“Consent should not be an addition to college – it should be an ethos,” he said.

“Before we enter our colleges, students should understand that sexual violence is not accepted on campus and there is a zero tolerance for it.”

The National Women’s Council of Ireland, meanwhile, called on the Government to sustain funding for the work of the “its stops now” campaign to help end sexual harassment and violence at third level. EU funding is set cease in March next year.