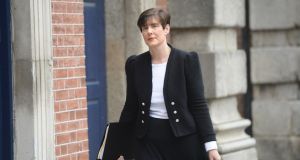 The disclosure that errors may have affected the results of thousands of Leaving Cert candidates has rocked confidence in the integrity of the calculated grades process.

Until recently, the Government had breathed a sigh of relief. It had managed to avoid most of the chaos and confusion that marked the UK government’s shambolic handling of its calculated grades system.

This year, the numbers who secure higher preference courses may well be significantly higher. This will cause a headache for colleges and universities

On foot of this, the Department of Education made a series of last-minute adjustments to the system to ensure disadvantaged pupils were not disproportionately penalised by abandoning “school profiling”, which took into account a school’s recent academic performance.

While many students were not happy with their results, especially in high-achieving schools, a critical mass was satisfied with higher than average grades.

Government sources say alarm bells began to ring last Friday when the scale of the problem began to emerge.

A coding issue had affected the results of up to 10 per cent of Leaving Cert students’ results, potentially resulting in thousands of upgrades.

In the meantime, the Government leaders were briefed on the issues and the Minister for Education’s diary was cleared.

Work to set up a special helpline due to come into effect later today got underway and briefings were arranged for education partners on Wednesday afternoon.

The plan, say sources, is that all efforts will be made to ensure who is upgraded and gets access to a higher preference CAO course has a chance to take up the place in the current academic year.

However, there is alarm within higher education circles over the full implications of this.

In a normal year, relatively small numbers are upgraded and they are accommodated for the most part.

This year, the numbers who secure higher preference courses may well be significantly higher.

This will cause a headache for colleges and universities, especially those with high-demand courses such as dentistry and medicine. These courses, say sources, are full and there is no capacity to admit more students in the current year.

There are also a host of potential legal implications from this latest controversy. The courts have ruled that anyone who is upgraded on foot of an error should be guaranteed access to their college place in the same academic year.

The errors also raise questions over the integrity of the process involved in providing calculated grades. Students were assured that there were a number of checks and balances, along with independent scrutiny.

This resulted in reports signed by independent panels of experts who attested to the accuracy of the process.

Education partners are still digesting the information and coming to terms with the potential consequences. They are still awaiting information on the detail of the errors uncovered.

In the meantime, the Minister for Education’s words earlier this month will sound hollow to many.

“I do believe what has been created is the fairest possible solution given the extraordinary circumstances in which we find ourselves as we journey together through the Covid-19 pandemic,” she said.

“Today, with confidence, you can look back with pride on all that you have achieved and look forward with courage to the next exciting phase of your lives.”