Learn and adapt: Graduates will need to prepare the groundwork for a successful job search 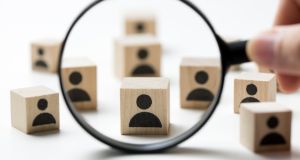 Be positive – there are opportunities out there. Photograph: iStock

Things changed fast. At the start of the year, students reasonably expected to graduate into a world full of job opportunities. But then coronavirus hit and, while Ireland’s economic situation is nowhere near as bad as the long recession that began in 2008, there are fewer opportunities overall for graduates – and with the pandemic affecting the whole world, emigration isn’t offering the usual escape.

Saoirse is a graduate of DCU’s applied languages and translation studies course. “As language graduates, we were told we’d walk into a job,” she says. “That hasn’t been the case: I’ve applied for 60 jobs and got four responses including three refusals. I’ve seen jobs advertised that received 400 applications within a week. I feel that you’re expected to exude confidence when you enter the labour market but because you’ve no confidence, you also have to kiss the ring to even get into the interview room. Whether or not you can do the job, you’ve more of a chance of getting work if you have connections.”

Saoirse says that most jobs she’s seen require experience. “There doesn’t seem to be any entry-level positions.”

Saoirse is not alone. Dan recently graduated from a four-year biotechnology degree and says he has struggled to find work. “I thought I’d be approaching employers with the upper hand, but I’ve applied for about 25 jobs and haven’t heard a lot back. I’ve tailored my CV based on each job and its specifications, but there does come a time where it feels like diminishing returns. I’m seeing a lot of jobs looking for three years’ experience but not much entry level.”

“We’re told there are loads of jobs because the big tech firms are on massive hiring sprees in Dublin for loads of roles, but very few of those are entry level,” says a recent UCD graduate.

The Irish Times was contacted by law, arts, business, science, journalism, computer science and politics graduates who are struggling to find work. And earlier this month, Irish Times journalist Jack Power reported that, while teachers appear to be in high demand as a result of a Government decision to hire an additional 1,000 secondary school teachers, many of these are substitute and part-time positions.

Jane Lorigan, CEO of IrishJobs.ie, says that the hiring landscape has been changed by the virus, with its figures for July showing a 56 per cent decrease in graduate vacancies compared to the same month last year.

“Traditionally, employers would go on campus and enjoy face-to-face time with graduates,” says Lorigan. “Now, they are having to up their digital game and enhance their virtual graduate programmes. Many forward-thinking recruiters have already reconfigured their online recruitment to create a smoother, faster application process for graduates. Equally, graduates need to ensure that they are spending plenty of time online to research organisations and assess which ones they want to apply to for a graduate position.”

While the share of graduate jobs in industries such as accountancy, finance, banking and insurance are down, Lorigan says, jobs for graduates in construction are up 15 per cent; in engineering and utilities they are up 7 per cent; and production and manufacturing graduate jobs are up 3 per cent compared to 12 months ago.

Of course, some industries are suffering more than others. Gearóid Tully, head of construction at Sigmar recruitment, says that hospitality and aviation are “being dragged face-first . . . the hospitality industry is on its hands and knees”.

Despite a construction freeze in the first few months of the pandemic, and serious doubts over the future viability of commercial office space, construction is doing well, with Sigmar’s construction division hiring an additional four recruiters in the middle of the pandemic. “This is for commercial and residential property, as well as for major infrastructure projects such as the National Children’s Hospital,” says Tully.

In marketing, opportunities exist for sole traders to create start-ups, build their portfolio and perhaps approach companies about employment. “Look at approaching shops and companies about rebranding which could provide employment and experience,” Tully advises.

Very little hiring normally takes place during July and August, says Seamus Whitney of Whitney Career Guidance, so this year is no different. He expects that some areas including IT, medicine, science, engineering and construction will be hiring graduates, although arts, law and, in particular, any kind of creative or event management jobs have taken a heavy hit.

“This is a very different kind of recession,” says Ruairi Kavanagh, editor of gradireland.com. “In the last one, there was a sense of despair and anger at the sectors that had precipitated the crisis, but this pandemic is unforeseen and there’s a mindset of being resilient and getting through it. Tech and fast-moving consumer goods (the products we buy in supermarkets and local convenience shops) are among the sectors doing well, and 43 per cent of the companies we surveyed expect to still have a challenge in attracting the right candidates to the right role.”

“Last year was like nirvana for graduates,” says Josephine Walsh, head of the career development centre at NUI Galway. “We are coming into a cycle where we will have graduate job fairs and graduate recruitment, and we will have a better idea of the landscape in a few months. We had about 100 jobs advertised on our portal at the beginning of September, which was about right for the time of year. There are sectors that are hurting, such as hospitality and aviation, but others are doing well and companies are adapting to survive. The so-called recruitment ‘milk rounds’ close in mid-October and this will tell a lot.”

Walsh encourages students to challenge the assumption that there are no jobs. “Dig a little deeper: do your own research and keep applying, because lethargy and inertia can kick in quite quickly. Job hunting does require some resilience, particularly when you get rejections or not answers at all, but keep checking the CV and learning and adapting.”

And now for the good news

There’s no point in pretending that it’s all rosy for the class of 2020, but it’s not hard to find some positive news. While some graduate programmes are on pause, they haven’t all been cancelled.

Eamon Hughes completed a film and TV production course at the Institute of Art, Design and Technology Dún Laoghaire this year. “When I graduated, I had an initial four weeks of despair,” he says. “I felt I’d be last in the pecking order, and the internships I applied for were gone – poof. I spent the summer pitching myself and working on a short film. I didn’t expect film to come back with such speed – everyone needed to be hired straight away. There is a need for crew who can start on films right now.”

Kieran, who just finished commerce in UCC, started working as an accountant in August. “I got the job through an interview. I was going to do a masters but when the world shut down, I realised I wouldn’t be able to afford it. I’d interviewed for about 10 jobs and this was my only offer. There were meant to be about 150 people starting in this firm in August, but about 120 of them had their start date pushed out.”

Regeneron, a major international pharmaceutical firm, is recruiting 400 staff to work at its facility in Raheen, Co Limerick, and about 50-60 per cent will be graduate entry roles. “We are looking for graduates from general science, chemistry, industrial biochemistry, microbiology, quality control, IT, accounting and procurement backgrounds,” says Ivor Downey, senior director of human resources at Regeneron. “We also have some roles for general humanities graduates who might work in our technical training and continuous improvement departments. We want people with can-do attitudes who can pivot from one challenge to the next.”

1. Be positive. There are opportunities out there.

2. Think transversal! Revisit your CV, take time to consider other industries or areas of interest particularly if the area you hoped to work in has taken a hit.

3. Audit your skill set. 2020 graduates have already acquired the skills and experience that would normally take years to build up.

3. Consider applying for a grad programme. There are plenty of opportunities across multiple industries.

4. Keep learning. One thing you are likely to be asked in an interview is “what did you do during lockdown?” Use the time you have on your hands to complete an online course.

5. Network. Networking has never been easier – connect with new and existing contacts on LinkedIn. Check in with college friends – how are they doing? Do they know of any openings?

6. Practise your interview skills. Unlike the traditional interview you control the environment in which your interview is likely to take place. Find a good spot in your home, make sure it is well-lit and make sure the background is clutter-free.

7. Be patient. It might be challenging at the minute but opportunities will arise as the economy emerges from the restrictions placed upon it.