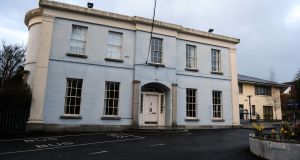 Sutton Park in Dublin 13 is the second most expensive private school for day pupils, with fees of €7,900 a year. Photograph: Aidan Crawley

The taxpayer subsidised private schools by more than €90 million last year, according to official figures.

The vast bulk of this sum went on salaries for teachers in the State’s 51 fee-paying schools, along with capital expenditure, grants for computer equipment and sports facilities.

The figures come at a time when day pupil numbers in fee-paying schools are returning to levels last seen before the recession.

Latest official enrolment statistics for the 2018-19 academic year show numbers attending private schools climbed to more than 25,600 pupils, up by almost 500 pupils on the previous year.

While numbers slipped during the recession, with some private schools opting to enter the free education scheme, enrolments in the fee-paying sector have been growing steadily for the past four years.

Most private schools in the south Dublin area are over-subscribed and have long waiting lists for day pupils.

Department of Education figures show that during 2018, the State paid just over €91 million on salaries for teachers employed in fee-paying schools.

State subsidies for fee-paying schools were reduced during austerity era cost-cutting which saw these schools given an inferior pupil-teacher ratio (23:1) compared with schools in the free scheme (19:1).

This was on the basis that private schools could use their own resources to hire additional subject teachers or ancillary staff.

A report commissioned by the then minister for education Ruairí Quinn into the income of private schools, published in 2013, estimated that they had more than €80 million extra a year to invest in additional support and facilities for their pupils thanks to the income from fees.

While there have been calls from the Labour Party for State funding of teachers’ salaries in private schools to cease, a spokeswoman for the Department of Education estimated this would end up costing the taxpayer at least €23 million.

While day pupil numbers are growing, the number of boarding pupils dipped last year with just over 3,500 boarders recorded, down almost 90 on last year.

This may be linked to a growth in new “day boarding” options, where students avail of meals and supervised study before returning home.

In Glenstal Abbey School in Limerick, for example, boarding numbers fell by 60 over the past year. However, its day pupil numbers rose from zero to 68.

In all, about 25 secondary schools now provide boarding options. They include schools which used to be fee-paying but joined the free education scheme during the economic downturn, such as Kilkenny College.

The most expensive boarding school this year remains St Columba’s in Whitechurch, Dublin, which charges up to €22,800 a year.

Fees for Irish private schools are highly competitive compared with the UK, where charges are typically several times higher.

This is due partly to the fact that the salaries of most teachers in Irish private schools are paid for out of the public purse unlike the UK.

The largest fee-paying schools are mostly Dublin-based and include Blackrock College (1,018 pupils), followed by Belvedere College (1,004), St Andrew’s (988) and Wesley (914). Christian Brothers College in Cork (904) is the largest outside Dublin.