Third level reforms will have ‘no implications’ for academic freedom

Some universities fearful that sweeping changes will undermine their autonomy 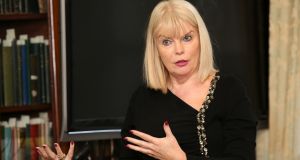 The Department of Education has insisted that plans for sweeping reforms to the regulation of third level institution will not undermine the autonomy of universities.

The measures have sparked controversy within some universities who fear the planned moves will undermine their independence and academic freedom.

However, the department has insisted the Minister’s proposals have “no implications for the vital principle of academic freedom which is fully protected by the existing legislative framework for higher education.”

They provide for the Government to carry out reviews into the performance or governance of third-level colleges with the co-operation of staff and full access to internal documents and to a appoint an “observer” to sit on governing bodies of colleges where there are concerns.

In a statement, Ms Mitchell O’Connor said the current legislation is almost 50 years old, and reflects a different era.

“The proposed new legislation will address the need for best practice regulatory models for higher education, the transformation of the higher education landscape and the requirement to prioritise the interests of students and secure public accountability,” she said.

“It is essential that we put in place modern legislation that underpins excellence in governance in higher education institutions, creating an environment in which the higher education sector can flourish and fully realise its potential.”

The Irish University Association welcomed publication of the planned reforms which it said will make the authority “fit-for-purpose” in terms of its key role and responsibilities.

“We welcome the commitment that the new legislation seeks to balance accountability and autonomy,” said Jim Miley, the association’s director general.

“ We look forward to further consultation with the Minister and her key officials to deliver a regulatory and oversight framework that will help to nurture the highest standards of performance and accountability in the higher education system in Ireland.”

Ms Mitchell O’Connor said the proposed new commission would have responsibility for safeguarding the interests of students, supporting colleges in achieving excellence in teaching, learning and research, as well as safeguarding State investment.

Ms Mitchell O’Connor said she is initiating a further consultation on her legislative proposals and the proposed regulatory model.

In parallel to this, the Department of Education is commencing the preparation of the general scheme of a Higher Education Commission Bill for approval by the Government for the drafting of the Bill later this year.

Since its establishment under the 1971 Act, Ms Mitchell O’Connor said the HEA has played a crucial role in the development of the higher education sector.

“The proposed legislation will deliver the essential statutory framework for the HEA - which will be reconstituted as the Higher Education Commission - to support the delivery of a top-class higher education sector in Ireland, with excellent internationally recognised higher education institutions, which are accessible to all and where the learner is valued,” she said.