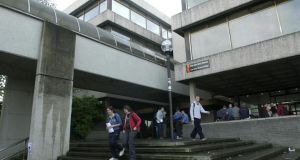 University College Dublin. An outline of proposed legislation for reforming the Higher Education Authority Act was approved by the Cabinet in recent days.

Third-level colleges face a series of stringent penalties for misconduct including having funding withheld under the biggest shake-up to regulation of higher education in almost 50 years.

The measures, to be announced by the Government in the coming days, have sparked controversy within some universities who fear the planned moves will undermine their long-standing autonomy.

An outline of proposed legislation for reforming the Higher Education Authority Act – which dates back to 1971 – was approved by the Cabinet in recent days.

The planned measures include powers to:

• Carry out reviews into the performance or governance of third-level colleges with the co-operation of staff and full access to internal documents;

• Appoint an “observer” to sit on governing bodies of colleges where there are concerns;

• Withhold or request a refund of State grants in cases where there they have been misused;

However, there is alarm within some universities which fear the move will undermine long-standing rules which protect the autonomy of the sector.

There are also concerns among some senior academics that the move could result in more power being consolidated in the Department of Education.

“At a time when less and less money is going into higher education, control of the sector is on the increase. It’s eroding our autonomy,” said one source.

However, Government sources insist that the moves are simply an attempt to place many of the HEA’s existing functions on a statutory footing.

“The legislation for the higher-education sector hasn’t kept pace with the developments in the sector. This is about putting in place the legislation we need to underpin the excellent work of the authority ,” said one source.