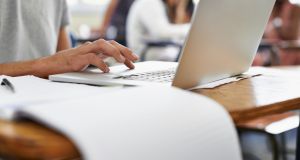 About 150 doctors were affected by the cancellation of a Royal College of Physicians in Ireland exam. Photograph: iStock

The Royal College of Physicians in Ireland has apologised after a computer glitch forced the cancellation of an exam which more than 150 doctors were due to sit on Wednesday.

Doctors say they were forced to wait up to three hours for the exam to begin at a facility in Dublin before being told that it was cancelled due to technical issues.

The exam - known as the MRCPI general medicine - opens the door for doctors to enter specialty training.

Many doctors has travelled from across the State for the exam and paid fees of up to €560. Some said they had organised their summer holidays around the timing of the exam.

“I found it frustrating. As a doctor working nine to five, you come home and study for a few hours and then spend all your weekend studying,” said one exam candidate, who declined to be named. “That’s what I found it so upsetting. I’d rather have that time for my friends and family.”

In a statement, the Royal College of Physicians apologised and said it will reschedule the exam and refund any costs incurred.

“We apologise for the situation this morning and having to cancel the sitting of the examination MRCPI general medicine part 2 written in Dublin today.

“This is totally unacceptable and we apologise for the stress and frustration this has caused to candidates.”

It said the cancellation was due to “unforeseen technical failures that our service provider had informed us would be fixed during the morning. This did not happen.”

The college said its priority was to reschedule this exam as soon as possible and it will communicate the new date by the end of this week.

It expect a sitting of the exam will be held in August, with an opportunity to sit it on the next scheduled date October 24th 2019.

“We understand that candidates have put a lot of work into preparing for this examination and may have travelled to attend and have also taken time off work,” the college said.

“RCPI will refund costs incurred around travel and accommodation for today’s exam and we will inform candidates shortly about how to seek this reimbursement.”