Placing gender equity in Stem on the radar

Currently, fewer than 25 per cent of people working in Stem are female 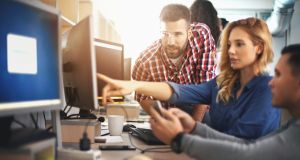 You don’t need to be a geek or maths genius to thrive in science. Photograph: iStockphoto/Getty Images 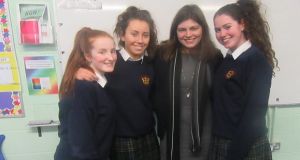 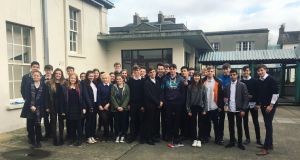 The skills shortage in science, technology, engineering and maths is deepening. There are plenty of jobs in the industry, but there are not enough people to fill the roles.

The problem is, to a significant extent, caused by the failure of Stem to attract women. Fewer than 25 per cent of people working in Stem are female.

Policy-makers have come to recognise that this is more than an issue of equality, and that the lack of female participation in Stem leads not only to a reduced labour pool but also to a world where technology and science is primarily made by men for men.

“It is clearly a ridiculous waste of talent that only 25 per cent of Stem careers are taken by women,” says Briain MacCraith, president of Dublin City University and the chair of a task group which authored a report into the Stem skills shortage.

“There are multiple reasons for the gender imbalance: a lack of female role models in Stem, the views of parents, the language used in promoting Stem and an unconscious bias (which can lead to men being promoted over more qualified women).

“DCU and other partners are now developing brochures and other materials about Stem for parents, because we know that they are the single biggest influence on young women. We know that women are at least as good as men, but it is about creating the environment within which they can thrive.”

The skills gap is an international problem and other countries, including Canada, are making efforts to address it. Countries that have aspirations to be high-tech, high-skilled economies ignore it at their peril. At home, there are a number of initiatives aimed at addressing it, and these have the support of the minister for education, Richard Bruton.

Smart Futures is a science outreach education programme supported by Science Foundation Ireland, and they visit schools to give talks and demonstrations about Stem.

Girls Hack Ireland is a programme developed by the SFI-funded Insight Centre for Data Analytics and their aim is to generate interest and knowledge in Stem among girls.

Dr Suzanne Little is a researcher with Insight and a lecturer in the DCU school of computing, and she is one of the organisers of Girls Hack. “In computer science, the gender balance is under 20 per cent at best. In research, it is about 10 per cent.

“These figures have not improved since I was an undergraduate. From my perspective, Stem is a fantastic career with variety and flexibility, although that flexibility can be seen as uncertainty: when you start in Stem, being told that you can work in all these different areas can make it hard for people to understand what it will be like and where they will be working.”

Little sees Girls Hack as a gateway to science, and she has been involved in running a number of introductory events for girls aged 13-17. “It usually begins with an introduction to some kind of tech, web programming or computer programming. We’ve shown them how to make clothes smarter by using conductive thread and lights and then the girls might work together in teams to make something of their own. There’s plenty of opportunity for them to ask questions and find out anything they want to know about science.”

Little is a hugely accomplished computer scientist with expertise in multimedia analytics, security and smart cities. What’s it been like in this predominantly male environment? “I don’t have a disaster story. My male colleagues are very nice and I have not experienced discrimination, but there are times that you walk into a room and become aware that you are the only woman in it – though as a left-handed and Australian person, I also note other lefties and Australians! I do have friends who have found it uncomfortable to be the only woman in the room, and you do find it can be hard to make those social connections.”

(Indeed, there’s plenty of evidence that a “boys’ club” culture can develop whereby men go socialising with their male boss and promotions flow their way while the women get left behind.)

“How do we change it?” asks Little. “Try to encourage more people – not just girls – to consider Stem as a career. You don’t need to be a geek or maths genius to thrive in science.”

Ellen Ward is IT solutions co-ordinator at Concern Worldwide, and a relatively rare woman in tech. Over the past few years, she has become involved in the Ada Lovelace Initiative (ALI), named after the woman who is widely regarded as the world’s first computer programmer. The initiative, run by Verify Recruitment, aims to address the lack of visibility or access to female role models in Stem, which is one of the main barriers to increasing the number of women in the industry. ALI brings women from the technology sector into Transition Year classes to talk about their work. Talks have taken place all over the island of Ireland and they hope to have reached 5,000 girls by the end of the 2016/17 school year.

Ward explains why she got involved: “The technology sector desperately needs more women. I love my job in IT projects where I act as a translator between the technical people and the users who know what they want. Most IT teams I have worked in are predominantly male, and when a new role is advertised female applications are few and far between, so reaching a gender balance is difficult. I would love to work with more women, hire more women and witness the positive influence women can have in shaping our technology futures.”

Ward studied social science in university and says she a bit of a technophobe. “But I watched the world change as the internet took off and it felt like a really exciting time. I saw how important it was for IT tools to be easy to use and that we all benefit from technological advances. Since I started in IT, the range of roles has expanded. IT is for everyone and it offers a well-paid and enjoyable career.”